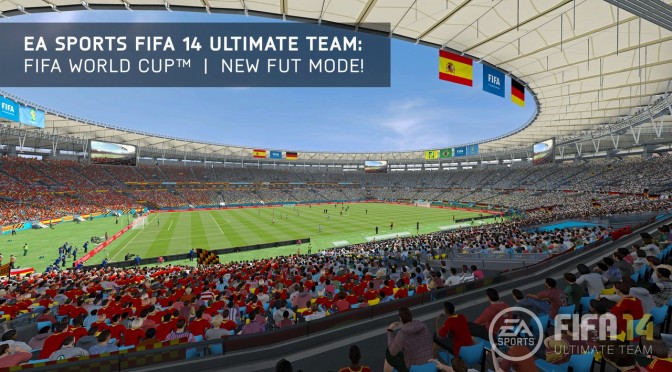 FIFA 14 Ultimate Team fans will also have the chance to write football history. With Online and Single Player tournament modes, players can compete through the group stage and knockout phases in order to win the FIFA World Cup. By winning matches, players will earn in-game virtual coins that can be used to acquire packs in the FIFA 14 Ultimate Team: World Cup Store to strengthen their squad. Fans can increase squad chemistry by finding and playing with players from the same country or governing confederation.