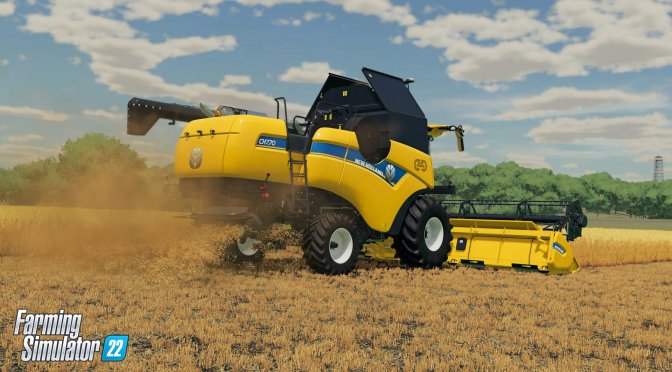 Giants Software has announced that Farming Simulator 22 will be coming to PC in Q4 2021. In order to celebrate this announcement, the team released a short trailer (that does not feature any gameplay footage) that you can find below.

Farming Simulator 22 promises to allow every aspiring farmer to creatively build their farm. The game will support solo or co-op in multiplayer with up to 16 players on PC.

Farming Simulator 22 will offer more depth thanks to a variety of new additions. Thus, it aims to offer the highest extent of player freedom in the history of the series. Two new maps plus an updated alpine Erlengrat map will put emphasis on different kinds of farming operations through the seasons.

Furthermore, the game will come with more than 400 machines and tools from more than 100 authentic agricultural brands including new categories, players can look forward to an improved and realistic-as-ever simulation.

“We are further growing with our games and the upcoming result of our cultivated ambitions will be a milestone in the series’ history as well as our company, which developed into a self-determined publisher in full control of its product.”