Giants and Focus Home Interactive are pleased to unveil the first images and details of Farming Simulator 2013, releasing on PC in October 2012, and on Playstation 3 and Xbox 360 in Q1 2013. With the 2011 edition, Farming Simulator had surprised the world by becoming a surprise hit which went on to become the best-seller in some of the main European countries (over 500,000 copies sold in France and Germany!).

Thanks to its simple and accessible gameplay, Farming Simulator has attracted a large and loyal following by enabling many players to manage their own farms and operate numerous farming vehicles.

Farming Simulator 2013 keeps all the ingredients that make the staple of virtual farming, while incorporating many new machines, vehicles, crops, animals, and environments. Farming Simulator 2013 features equipment from the top 20 vehicle manufacturers. Dozens of new machines have found their way into the game, such as the notable brand Case IH, as well as some gigantic farming machines, soon to be unveiled at the Gamescom Cologne.

New to this edition is a complete online mode and online services, making it possible for the community to create, download and share mods, vehicles, and equipment, as well as custom made tools through the customization options directly integrated into the game.

Here are the very first official screenshots of the game, featuring some of the new vehicles from the manufacturer Case IH. 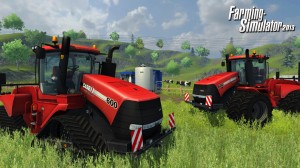 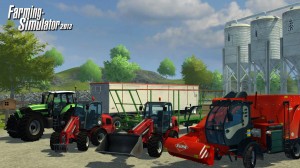 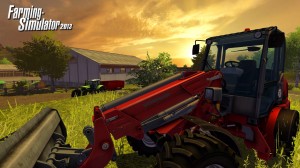