It appears that Fallout 4 is doing extremely well on the PC, something that explains Bethesda’s initial decision to release all patches and the upcoming modding tools on the PC first. According to Steamspy’s data, Fallout 4 has sold more than 3 million copies on Steam.

Fallout 4 was released back in November 2015 and was criticized by a lot of players for its underwhelming visuals. Powered by the Creation Engine, Fallout 4 was friendly to mods even without its modding tools. 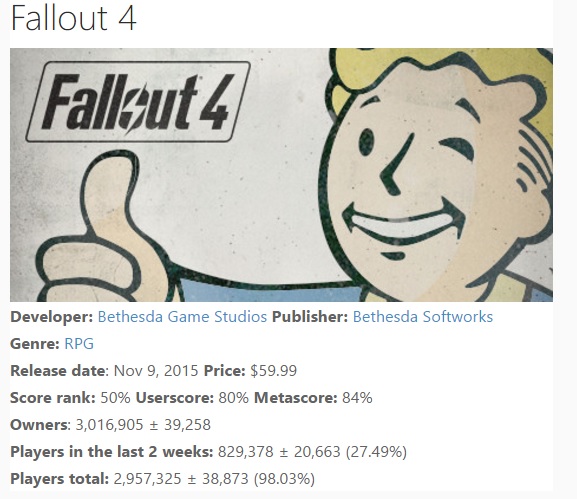 A couple of hours ago, we informed you about Bethesda’s plans to release the game’s modding tools on the PC this April. Bethesda wants to get the modding tools up on PC and have them work as soon as possible.

Now let’s see how these modding tools – and the recently announced DLCs – will affect the game’s sales.

For what is worth, the best selling Fallout game on Steam is Fallout: New Vegas with 4,3 million sales.