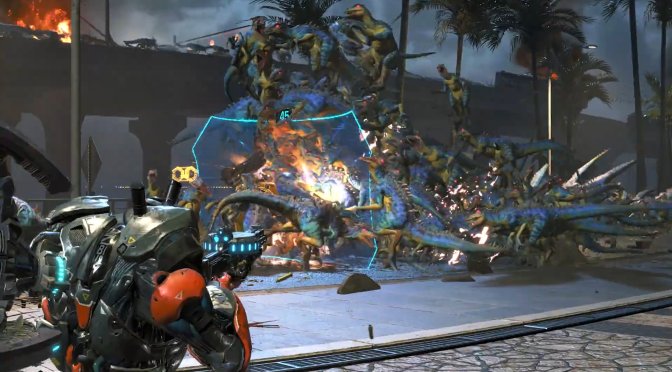 Capcom has just announced a brand-new team-based action game, called Exoprimal. In this game, players will be fighting dinosaurs and you can find its debut trailer below.

In Exoprimal, players will be able to choose between five AIBIUS Exosuits.

“These suits, each equipped with unique abilities to work together as a team, are developed by the next-generation Leviathan AI.”

Basically, think of this game as Anthem meets Overwatch meets Dinosaurs. And yeah, it’s a bit ironic that we’ll be getting a new dinosaur game from Capcom that isn’t related to Dino Crisis.

To be honest, this isn’t something that really interests me. Still, some of you may find it interesting, especially if you like games like Overwatch.