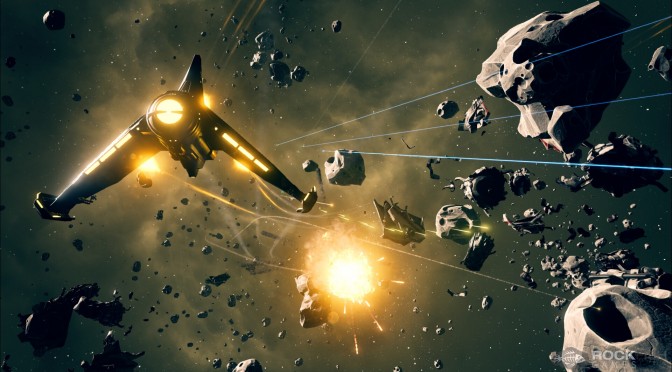 ROCKFISH Games today announced the closed alpha for their roguelike space shooter EVERSPACE, which will begin on April 29th. EVERSPACE is the most funded German game cumulated, and as a special highlight for VR fans, the closed alpha is also offering basic Oculus Rift support. The closed beta, planned for the end of July, will also include support for HTC Vive as well as Mac and Linux.

“Space pilots will be able to explore the first four sectors in one of three spaceships available in the full version. They can equip and upgrade their spaceship in many different ways: Over 20 devices and consumables can be used; 32 perks can be unlocked and used for upgrades. With dozens of available primary and secondary weapons, players dive into battle in the colorful space shooter and go toe to toe with a good dozen different enemies, who are waiting with a wide variety of attack and retreat tactics.”

Space game fans who are interested in participating in the closed alpha or the later closed beta of EVERSPACE can secure access until April 30th in the pre-sale on the official website:

ROCKFISH Games has also released a brand-new gameplay trailer for EVERSPACE that can be viewed below.

“After a bit more than a year of intensive development, we are happy to be able to make the alpha version of EVERSPACE available on April 29th to our supporters with the appropriate reward level. Once again we would like to thank everyone who has supported us during the Kickstarter campaign and after, not just financially, but also with their feedback and social media activities. Very special thanks go out to Chris Roberts, who sent a friendly armada of Star Citizens our way, giving us massive support at the end of the campaign. Last but not least, we would also like to thank the team from ID@Xbox, whose support will allow EVERSPACE to celebrate its console debut on Xbox One.”