City Interactive revealed today the first details for Enemy Front, the company’s ambitious new game project that is being developed on the CryENGINE 3 game engine for PS3, X360 and PC.  Developed by the company’s UK and Poland studios, Enemy Front is a gritty first-person shooter (FPS) rich in action, combat and detail that takes players back to the carnage and chaos of WWII.

Serving as the chief designer on Enemy Front is Stuart Black, whose credentials within the FPS genre include the acclaimed video game, Black.  Having joined City Interactive earlier this year, Stuart Black brings an extensive understanding and creative approach to the genre heralds one of the most ambitious and gritty WWII action titles of 2012.

Enemy Front is the realistic tale of a hardened soldier dropped behind Nazi lines to engage in dynamic, diversified missions ranging from quick skirmishes, espionage assignments, and sabotage activities. The epic scope of Enemy Front spans several years and key battles as it progresses from the trenches of a desolate France right on through to Berlin and a secret weapons base.  Once there, the player must thwart the plans for a terrifying weapon that will all but assure a global Nazis victory.

Enemy Front also features a complex plot that explores the notable historical threads of WWII to include the events that occurred in the Wolf’s Lair and the activities that surrounded the deciphering of the Enigma code.

Enemy Front utilizes CryENGINE 3, a state-of-the-art engine that guarantees a stunning level of visual detail and a truly immersive game world.  CryENGINE 3 brings the game’s authentic settings and the bleak landscapes of war-torn Europe to vivid life. Furthermore the environmental damage system of CryENGINE 3 will allow diverse, fully destructible maps that reflect the damage from every bullet fired and every grenade tossed. 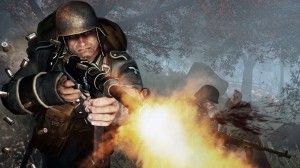 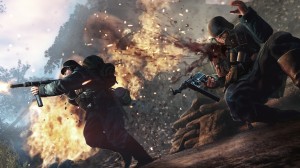 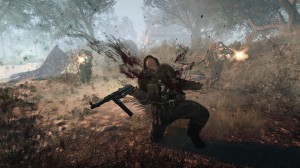 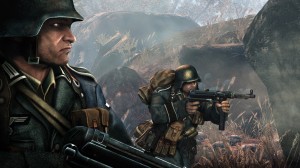