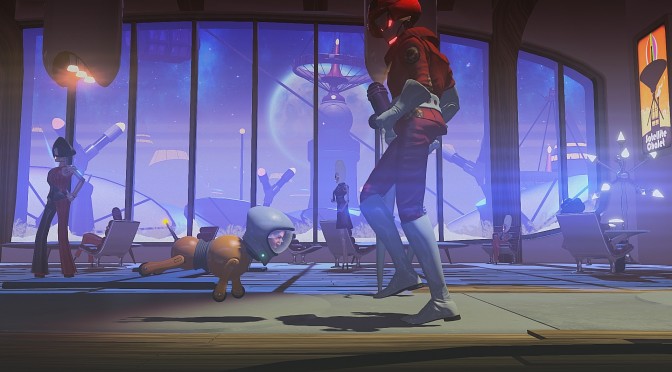 Double Fine revealed today Headlander; a retro-futuristic, side-scrolling, action-adventure game set in a world inspired by 70’s science fiction. The game is coming in 2016 on the PC, and Double Fine has released its announcement trailer that can be viewed below.

In Headlander, you are the last known human in the universe, and all that’s left of you is a disembodied head. Yeap, in other words you control a head and can attach it to different bodies.

“Seeking clues to your fractured past, you must travel through a hostile world of machines, using a special helmet that allows you to dock into and take control of any robotic host body. As you launch from one body to the next, you’ll start to discover that things are not quite what they appear to be, and the fate of humanity has yet to be decided…”