It appears that DOOM and Sid Meiers Civilization VI were two of the best – sales wise – Steam releases in 2016. Both of these titles have sold more than 2 million copies. Truth be told, there was a free weekend for DOOM that boosted its playerbase. However, Civilization VI has managed to achieve those sales without any free weekend. 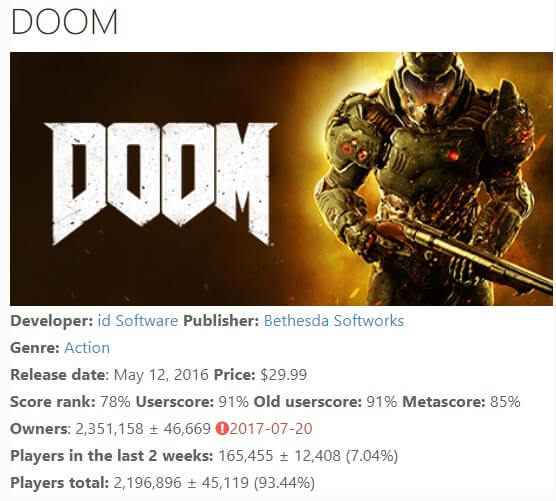 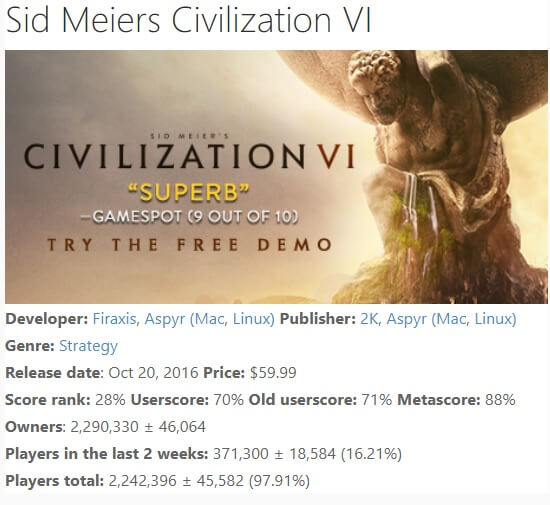 The same can also be said about Dark Souls 3 and Rise of the Tomb Raider. Both of these games have sold more than 1.5 million units on Steam. Dark Souls 3 has sold 1,952,608 copies, whereas Rise of the Tomb Raider has sold 1,922,680 copies. From the looks of it, these games won’t be able to hit the 2 million goal in 2017, despite the fact that they are so close to it. 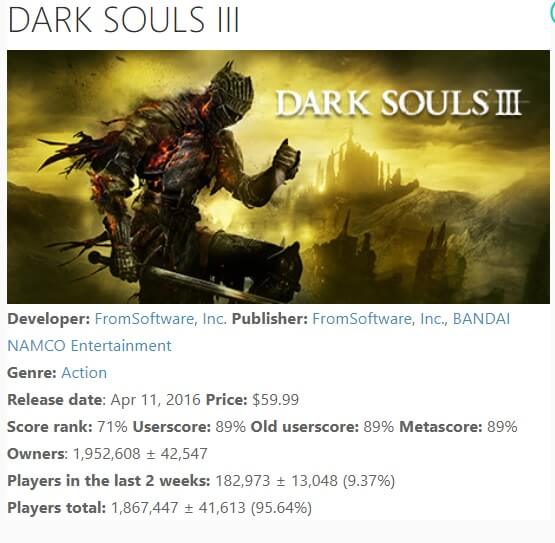 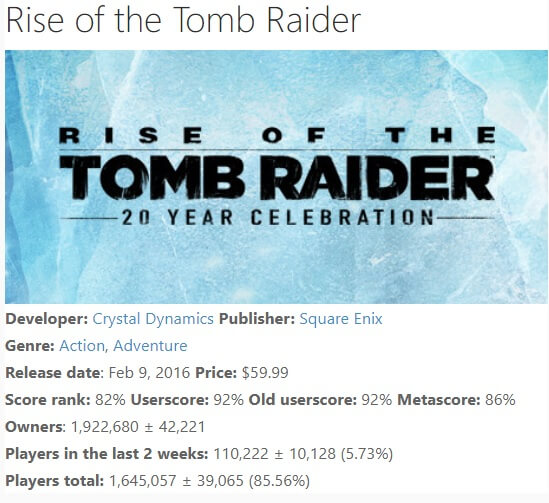 For comparison purposes, the 2013 remake of Tomb Raider has sold almost 5 million copies on Steam. As such, Rise of the Tomb Raider is the second most successful Tomb Raider game on Steam. The same can be said about Dark Souls 3. While the third part in the Souls series has sold better than the second, it does not come close to the sales of the first one.