According to one recent roadmap posted on ROG.Forums, coming via @9550pro and Videocardz, there is no mention of INTEL’s plans to release their next-gen CPUs this year.

Intel just recently launched the “Comet Lake-S” series based on the 14nm architecture, so it makes sense for the company to not rush out with the next-gen release. Though, according to previous rumors and leaks it was expected that “Rocket Lake-S” desktop CPUs might launch by the end of this year.

But now that doesn’t seem to be the case, based on this new Intel roadmap slide from an “Intel Partner Connect” presentation. Even the Core-X HEDT processors are not getting an update. The Core X “Cascade Lake-X” processor lineup will continue to lead the company, with no mention of any new models, with the highest-end CPU supporting only 18-cores.

The current 10’th gen Comet Lake-S will also not see any “successor” this year. We don’t even know for sure whether “Rocket Lake” lineup is part of the 10’th or 11’th generation family of processors. Nonetheless, don’t expect any new “consumer” based Desktop CPUs this year.

Intel still plans to launch the “Tiger Lake” series for mobile devices by the end of this year though. Intel was expected to launch the 10nm “Ice Lake-SP” Xeon enterprise processors in 2020, and some were hoping that this IP will power Intel’s next HEDT platform.

“Rocket Lake-S” silicon is rumored to feature next-gen “Willow Cove” CPU cores, Gen12 XE integrated graphics, and PCIe gen 4.0 support connectivity. Some engineering samples of these chips have already been spotted recently in the 3DMark database. The entry details an unknown CPU running at 4.3 GHz with a base clock of 3.2 GHz, packing 8 cores with hyperthreading. This is a very early “engineering sample” chip though.

Rocket Lake-S desktop CPUs are also rumored to be compatible with the upcoming Z490 chipset and LGA 1200 socket motherboards. Since hardware-level support for PCIe 4.0 is already built-in these Z490 boards, only Rocket Lake CPUs are going to offer some compatibility of the PCIe Gen 4.0 standard.  PCIe- 4.0 has been an AMD-only feature within the consumer market till now, but things might change with the launch of Rocket lake-S CPUs.

The Rocket lake-S desktop platform is going to be the last CPU architecture to be based on an advanced 14nm process node. Intel’s Rocket Lake will use a 14++ nm back-port of the “Willow Cove” core architecture. Rocket Lake is going to be the desktop equivalent of Tiger Lake. Not much is known about these CPUs, but one thing important for gamers and enthusiasts would be the 20 CPU PCIe 4.0 Lanes support on these processors (as per rumors and speculation). 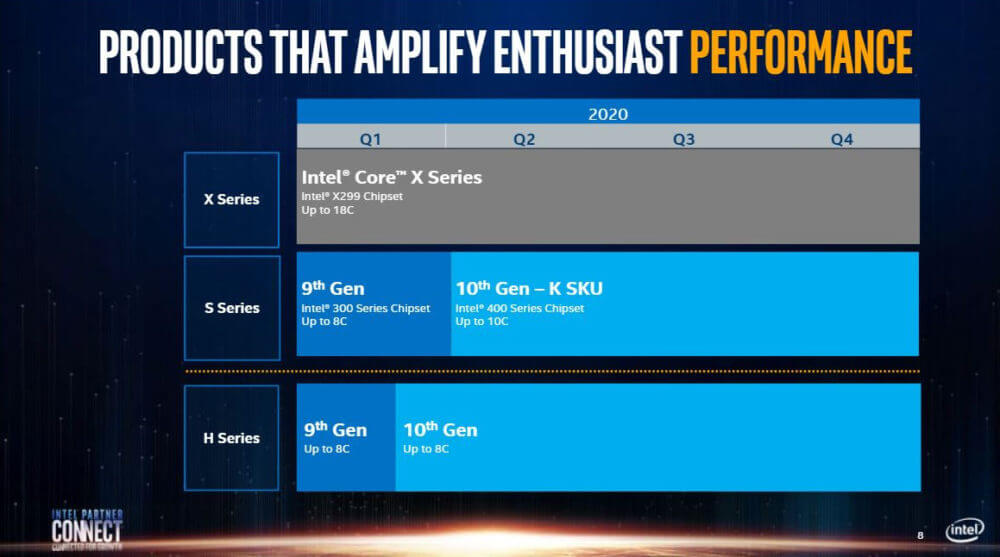