SuperData has revealed that Larian’s latest role-playing game, Divinity: Original Sin 2, has sold 660K copies in its launch month. According to SuperData, this shows single-player games still have a draw with consumers. And… well… yeah, we already knew that.

This figure places Divinity: Original Sin 2 among other recent successful single-player-centric games such as Nier: Automata and Horizon Zero Dawn. As such, we are pretty sure that developers will keep making single-player games. However, we don’t really know what will happen with the triple-A publishers.

One of the very few supporters of single-player games, as we’ve already said, is Bethesda. Bethesda’s 2017 basically flopped commercially. PREY, Dishonored 2 and – from the looks of it – The Evil Within 2 were not huge successes. As such, and if Wolfenstein 2 fails, Bethesda may focus on other experiences (or start adding loot boxes and micro-transactions).

The top selling title for the PC in September was, once again, League of Legends. It was followed by Fantasy Westward Journey Online II, Dungeon Fighter Online and PlayerUnknown’s Battlegrounds. Divinity: Original Sin 2 was the eighth best selling PC game in September. 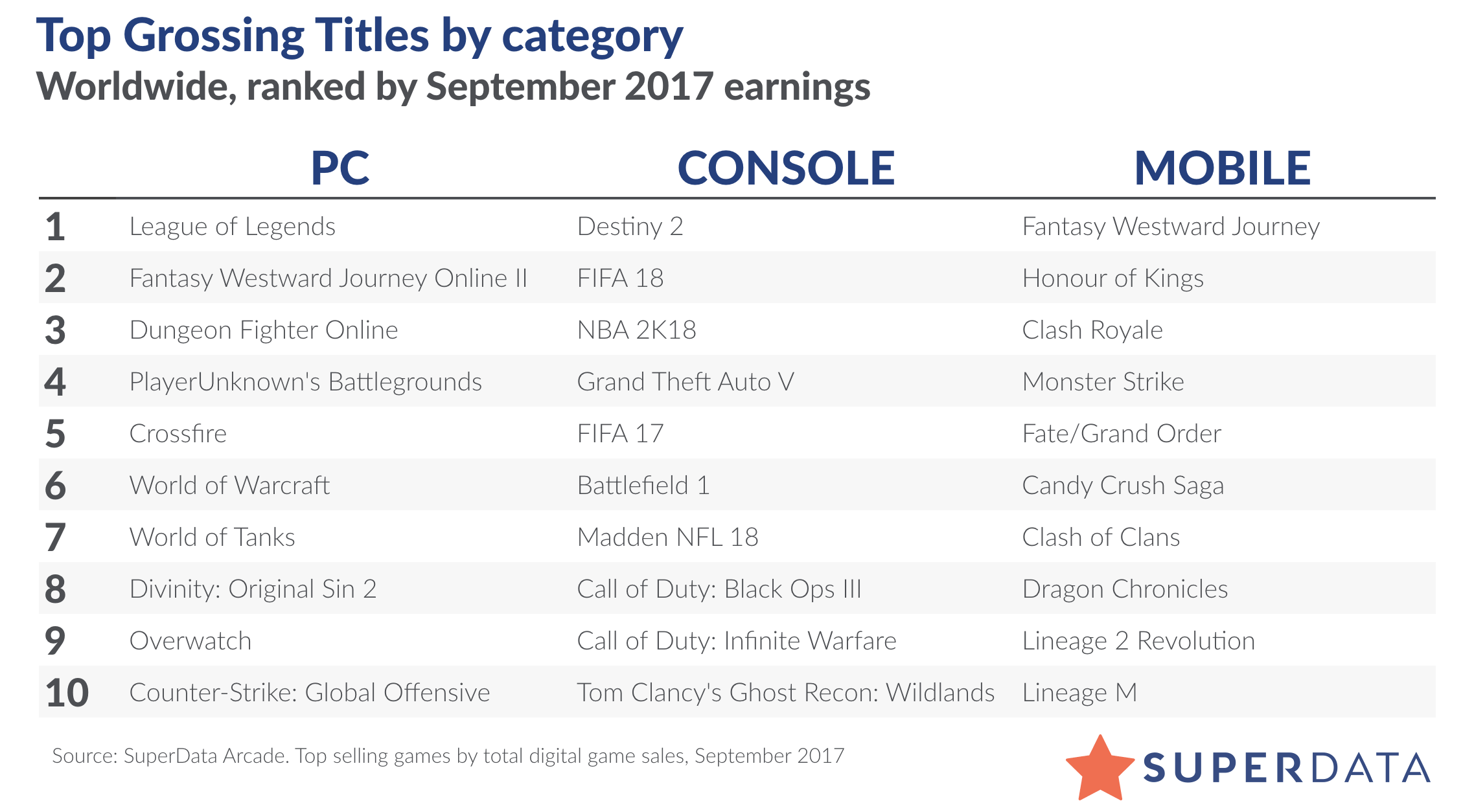