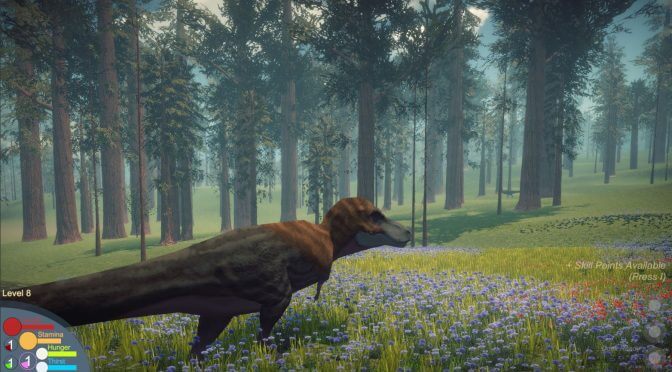 As its description reads, the world of Dinosaurs Prehistoric Survivors changes as you grow, creatures migrate or go extinct, their behavior changes based on available resources and competition, Corpses decayed overtime, and many more, thus giving you unique challenges that test your ability to adapt to the ever changing world.

The final version promises to feature a variety of creatures from the small Chilesaurus, to the mighty Tyrannosaurus, and to the ever lurking Sarcosuchus with each having their own special traits. Furthermore, the creatures of Dinosaurs Prehistoric Survivors are said to be modeled based on real world findings, giving them a sense of realism while also adding educational value to the game.

The Steam Early Access version will have most of the core gameplay mechanics and will be improved throughout the early access phase. Some of these mechanics include basic movement, combat, basic AI, and several RPG and survival elements such as experienced based leveling system, skill trees, hunger/thirst meter, resistance, population dynamic, etc. At its current state the game currently features: