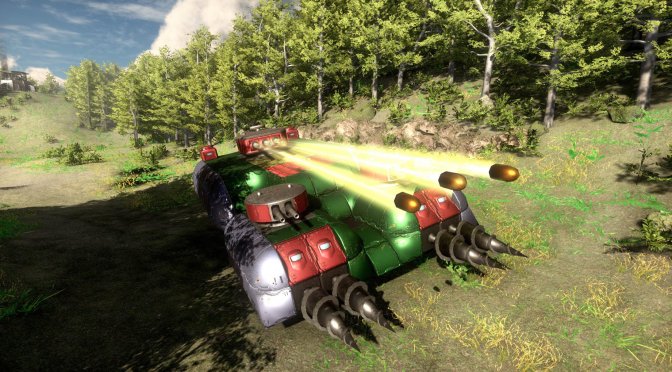 According to its description, players can use over 140 elements to build an awesome war machine. Players can build vehicles that ride on the ground, soar through the skies, or dive underwater.

In short, Dieselpunk Wars Prologue gives you a chance to try out all great gameplay mechanics of a full game as well as a sandbox mode.

There is currently no ETA on when the full version will come out. Still, you can go ahead and download its free demo from here. Below you can also find a gameplay trailer for it.