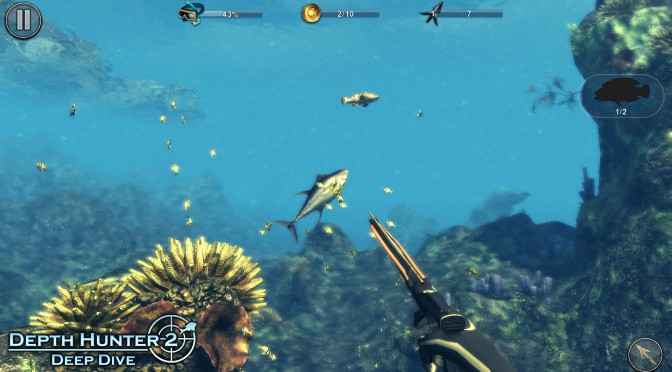 As the press release reads, in Depth Hunter 2 players will hunt different fish species and face the difficulties of breath-holding spearfishing – an ancient fishing method. Moreover, Depth Hunter 2 is descirbed as the first multiplatform game about underwater extreme sports like spearfishing and free diving.

“While playing the game, players can feel as real underwater hunters, free divers and explorers of the Ocean’s abyss. Spearfishing is a challenging sport, as you can’t use scuba while hunting. The game still has some tasks to be completed with scuba: underwater photo shooting, treasure hunting, etc.”

Depth Hunter 2 is now available for $12.74 USD and can be ordered from the Steam store.