Biart Studio announced today their latest MMO Third-Person Shooter. Deep Black Online will be free-to-play, will support different maps and 8 to 24 players in a game. Deep Black Online will also feature an immersive story line, a complex science-fiction mystery, espionage and bio-terror, as well as exciting dynamic gameplay in all 3 environments for combats: the land, the underwater and the air.

According to the press release, the game’s beta phase will start in Q4 2012 and the game will be based on the sci-fi world of the Deep Black title, which is going to be released for Xbox 360, Playstation 3 and PC in summer 2011.

“We are using our own multiplatform technology biEngine while developing the Deep Black Online title. A player will have the same graphics quality as in the upcoming single-player game Deep Black. Our company focuses on underwater themes in games and we are planning to demonstrate the full potential of Deep Black franchise in our MMOTPS project.”

Deep Black Online will offer fully customizable appearance, more than 30 types of sci-fi weapons and 3 game modes at its launch. Each weapon will have different modes for underwater and ground environments. Each game mode will have original scenarios, based on unique underwater and air fighting mechanics. Players can have different special suits with abilities to swim and fly. 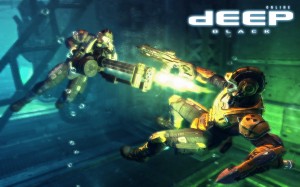 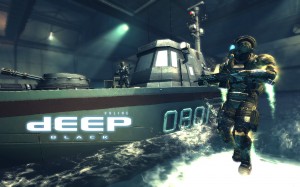