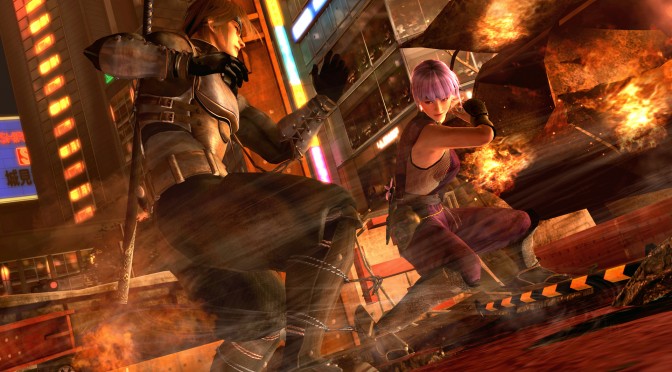 The first official details for the PC version of Dead Or Alive 5: Last Round were revealed a couple of hours ago via the game’s official Steam store page. According to Steam, the game will launch without support for online modes. Still, this does not mean that PC gamers will be getting an inferior version of this fighting game, as the team responsible for the PC version will add all online modes to it with a patch within 3 months of release.

Here is the game’s description according to its Steam page:

“Master the signature DOA fighting system through the rich story and tutorial modes, unlock more costumes than ever before in each of the offline training modes, and compete with the best fighters in the world in the full-featured online training modes. Fight as ninjas, assassins, roughnecks & wrestlers as you knock your opponents off an exotic waterfall, into an exploding oil rig and more.”

Moreover, Team Ninja and Tecmo KOEI are offering a number of pre-purchase rewards, as well as a 10% discount.

Last but not least, Tecmo KOEI revealed the game’s minimum PC requirements that can be viewed below.

Dead Or Alive 5: Last Round is coming to the PC on February 17th.