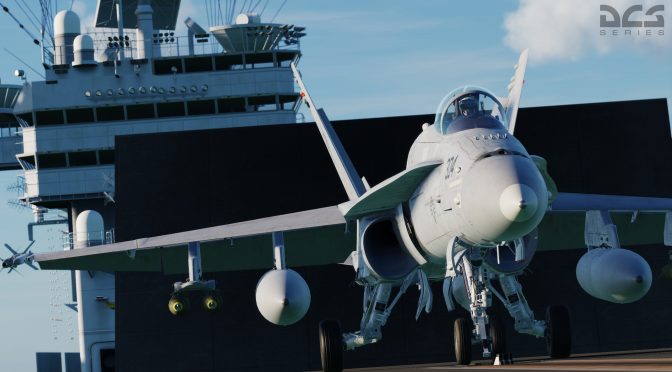 Based on exhaustive research in association with Boeing, the Hornet takes advantage of Eagle Dynamics’ newly developed simulation engine and it will set a new benchmark for PC flight simulation.

The Hornet is described as a true multi-role fighter that can switch from attacking surface targets to engaging air targets with the press of a button. Equally at home on an aircraft carrier or airfield, the Hornet is equipped with a large suite of sensors that include radar, targeting pod, and a helmet-mounted sight. In addition to its internal 20mm cannon, the Hornet can be armed with a large assortment of unguided bombs and rockets, laser- and GPS-guided bombs, air-to-surface missiles of all sorts, and both radar- and infrared-guided air-to-air missiles.

The game will enter its Early Access phase in Spring 2018. During this Early Access, the following items will be added to the game:

And here are the key features of the final version.