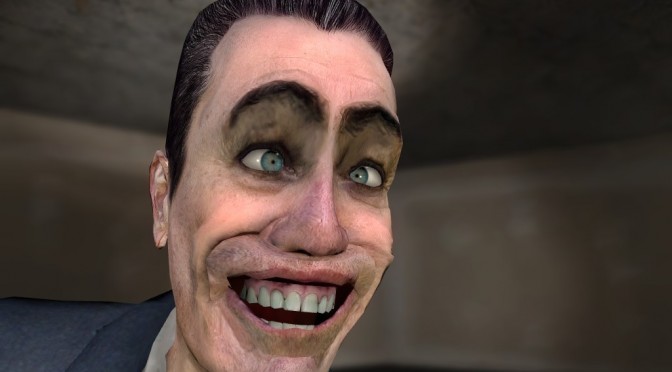 As you may have guessed, Valve’s decision to start charging for mods has been today’s hot topic. And while we shared our opinion about this topic, it’s time to see what some well known modders had to say about it.

Garry Newman, creator of Garry’s Mod, highly supports Valve’s decision as the paid version of Garry’s Mod has given him a career for 10 years, and has created a company that has hired 30+ people (things that wouldn’t be possible with the free version of his mod).

Garry acknowledged that people will steal stuff and upload them as their own, that PC gamers will whine about this whole thing, that some people (especially kids) will pirate paid mods, and that there will still be – hopefully – free mods.

Garry then claimed that Valve and Game Devs are the biggest winners right now instead of the modders. Garry believes that the modders should be getting the majority share of the revenue from this and not the other way around.

“It’s obvious that Valve and the game developer need to make money here too, enough to cover costs at least – but it’s the modder’s work that is making the money. I don’t know whose choice that is though, but it feels like someone is being a greedy asshole. This is something that will get better with time.”

Garry then concluded that they are considering bringing Garry’s Mod to Steam.

“People already sell their mods for Garry’s Mod privately. Doesn’t it make sense that we bring that into Steam so those transactions can be trusted by both parties? Obviously it’s going to be hard to convince those guys to move their mods to Steam and lose 75% of their profits, but we’ll see what wiggle room we have on that.

We’ll wait to see what it looks like once the Skyrim system has stabilized and see what we can learn from it before pushing forward, but opportunity is never a bad thing to give people.”

“Paid modding has existed in Flight Simulation for a long time, and that’s how I got my start. Microsoft provided no mechanism for this to occur so they got nothing. I believe it will be good for the modding community. It will provide them a baseline way of generating money, but I do not think it will provide an endstate for the larger mods.”

Naturally, and as all of us have already said, Dean believes that some people will abuse this system.

“There will be abuse, there will be plenty of issues. There will be license violations of other games. But we have seen this all before, in other areas. People posting 3d assets on turbosquid ripped from games. These issues are expected from any new initiative and I am thankful that Valve actually have the courage to try these things despite knowing that they will take heat from these issues.”

Last but not least – and contrary to Garry Newman – Dean believes that 25% is a reasonable cut for modders.

“Elder Scrolls has to be one of the main blockbuster IP’s in the industry. It is like GTA, it’s incredibly valuable. If I approached Bethesda to make a derivative game, using their tools, assets, IP, distribution – I would not get a 25% revenue split (I would get less). If we want professional modding, which is what this is, then people cannot apply emotional arguments – they need to apply business arguments. Therefore the split needs to be considered based on value.”