Aventurine has renamed Darkfall 2.0 to Darkfall: Unholy Wars and announced that this new, overhauled version, of Darkfall will hit the PC on November 20th. Darkfall Unholy Wars is said to rely as much on your skill as on the choices you make. An all new user interface, built for lightning fast combat, and unique amongst MMOs, will connect you to magic or melee like never before. Or at least that’s what the development team claims.

In Darkfall Unholy Wars, there is no tab-targeting. Battles happen in real-time, meaning that the blade and spell-fests attack – that relied on dice-rolls – are replaced by your own cunning and guile. From heroes and warlords who have mastered many of Agon’s combat schools to the opportunistic mercenary specialists, selling their sword or spell to the clans for a handful of gold or the thrill of a kill, all can be equally deadly in Agon – if they have the skill.

With clan warfare at the heart of every design decision, Unholy Wars calls you to build towering bases of power, conquer rival clan cities, engage in epic land and naval battles and seize control over holdings and territories as you forge your empire. Our role and school system brings tactics and teamwork to epic clan warfare like never before, allowing you to choose between the flexibility of multiple specializations or the focus of just one. Become the sharpest skirmisher in your clan, unbeatable with bow and shadow, or train a number of roles, wielding steel and plate knee deep in battlefield blood one day, then scorching your enemies with elemental magecraft from the walls of your clan city the next.

The re-forged world of Agon comes alive with new dynamic lighting and epic scores from a haunting soundtrack. A stunning animation system and environmental audio immerse you in the visceral combat or nail-biting exploration of an unforgiving world.

“We’re very proud of what we have accomplished in just two years of development. We want to consistently deliver the ultimate MMO experience to our players, and to outdo ourselves, we had to rethink Darkfall to create Darkfall Unholy Wars. We hope the players will be as excited as we are with the result.”

“Using our experience, player feedback, and lessons learned from Darkfall Online, we made Unholy Wars for the people who love the original Darkfall, but also for those who were hesitant to try it, even for those who loved the concept but not the game itself.”

Darkfall: Unholy Wars will be available for PC, via digital download, on November 20, 2012. 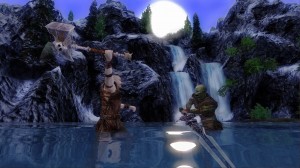 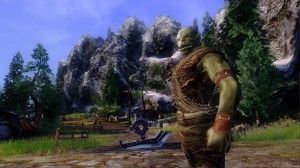 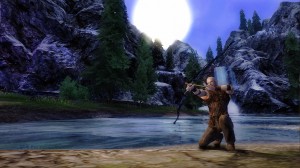 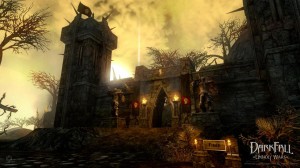 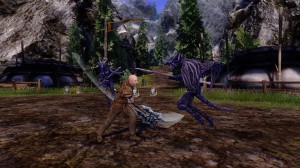