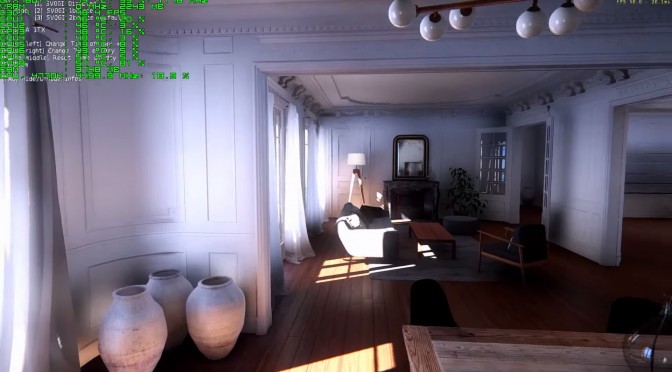 A while back, we shared a tech demo from CRYENGINE’s member ‘Synce’. Synce’s demo showcased Crytek’s new Global Illumination solution, SVOTI (Sparse Voxel Octree Total Illumination). And today, we are presenting you another mind-blowing interior tech demo that takes advantage of this technique and is available for download.

As Synce noted, the purpose of his demo was to show what SVOTI is capable of.

“SVOTI means Sparse Voxel Octree Total Illumination. This system can achieve high quality global illumination in real time. In this demo you can change the time of day, and look how the light reacts.”

The latest version of this fan tech demo can be downloaded from here, and here is the changelog of it.

“The engine version is now 3.8.2
-The sky light is now defined by the global cubemap. So it’s more directionnal and realistic.
-The GI update is now more smooth and progressive
-Some geometry improvements to avoid aliasing (still in progress)
-Some minor changes”