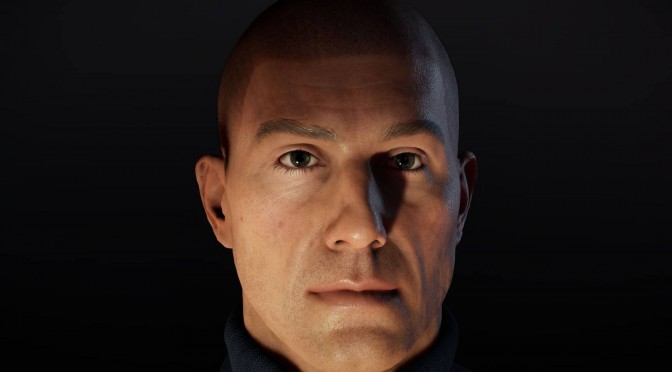 Crytek today released a new version of its proprietary engine, the CRYENGINE, that is available to all subscribers. According to the company, this new version of CRYENGINE will give game developers and modders further access to the Source Code, namely to the Entitity and Script Systems.

Entity System: Access to this code will allow you to implement the core system that handles the logical units in the game world. These get direct access to core modules of the engine such as renderer, physics, sound and script system.

Script System: Hosts the Lua virtual machine featuring a custom made Lua Visual Debugger which can be used from Sandbox or directly in game. The module also hosts many script bind implementations that expose C++ functionality to Lua.

Here is the complete changelog for CRYENGINE 3.6.4:

-New: Added the basic AudioEnvironment (reverb) handling to the AudioSystem.
-Fixed: Reinstated ATL type audio on the particle system for that moved the basic audio proxy into the audio system and optimized handling along some minor code cleanups.
-Fixed: Fixed a bug where audio objects didn’t release properly also added CVar for setting the audio event pool size, fixed leaking of AudioProxies when not returning them back to the pool, preliminary fix for leaking audio proxies.
-Fixed: Fixed leaking audio object IDs and descriptions.
-Fixed: Fixed forwarding of AudioObject names to Wwise.
-Fixed: Nested area setup bugfix.
-Fixed: Changing the game folder broke audio (hotfix 2685).
-Fixed: Crash when accessing a dangling AudioSystem pointer on system quit.
-Fixed: Crash in AudioProxy where it accessed a dangling AudioSystem pointer.
-Fixed: OnFarToNear not triggering on AudioAreaEntity FG node when spawning inside the area (hotfix 2674).
-Optimized: Renamed SoundProxy to EntityAudioProxy and enabled it to be able to utilize the AudioProxy.
-Optimized: ACB: Updated look and feel of filter bar and the connection properties.

-Fixed: Set Glow in Diffuse Alpha shader gen param to hidden as it’s not needed. If Diffuse alpha is detected then the mask is automatically applied and due to deferred shading, cannot be un-applied (CE-1526).
-Fixed: Wrong threadid usage for recursive spinlock.
-Fixed: Fix for display disconnect/reconnect not being handled correctly (CE-3549).
-Optimized: Drop dependency on d3dx9 and d3d10.

-New: Implemented The First Complete Version of The Lathe tool.
-Fixed: Made the cursor showing move, rotation or scale updated according to whether the cursor is in the object or gizmo manipulator or not (CE-3443).
-Fixed: Added eNotify_OnEndUndoRedo message for better handling of undo/redo operations.
-Optimized: Removed the Detach tool. Instead detaching faces can be done by holding shift and moving the faces in the move tool.
-Optimized: Separated the exiting stair tool to the stair tool and the StairProfile tool.
-Optimized: Improved the method of creating stairs.
-Optimized: Changed the key to select multiple edges/vertices/faces from Ctrl to Shift.
-Optimized: Removed the LoopCut button.

-Fixed: RC ImageCompiler dialog (CryTif) had bad layout when the taskbar is at the top or at a side of the screen (CE-3697).
-Fixed: Crash in CrySCompileServer when an empty error message is processed.
-Fixed: changed someStr to someStr.c_str() in log output for Max exporter.
-Optimized: Move statoscope files to user directory rather than Root directory.

-New: Added support for bone links with 16-bit bone indices.
-Fixed: Moved vertex index format to typedef so 32-bit vertex indices can be used.
-Fixed: Removed hard-coded DivBy4 in ca_AttachmentCullingRation (instead we added the correct value in the config-file). This affects character view distance.
-Fixed: Only activate the render mesh and chunks for character mesh after the bone remapping has happened on the main thread.
-Fixed: Speculative fix for broken pre-caching CHR’s without attachments.
-Fixed: Recursive getChildren() in script crashes 3ds max when object/bone hierarchy is > ~250 bones deep. Fixed by making getChildren() non-recursive.