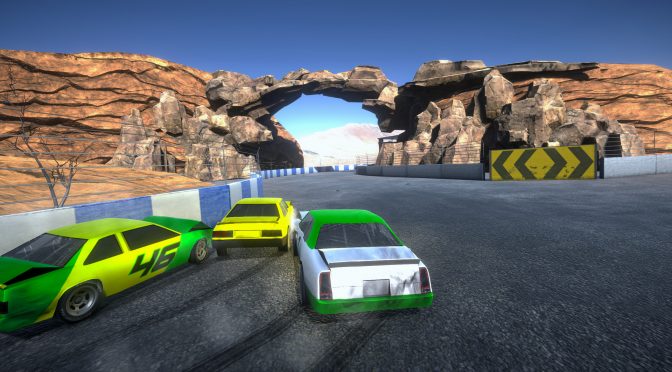 Arcade racing fans, here is something for you today. OutOfTune has released Crumple Zone; a spiritual successor to Destruction Derby and a tribute to arcade crash racing games of the 90s and 2000s in which you just put the pedal to the metal and smash up some cars.

The game has carefully selected songs that bring back that 90s feeling, features a real-time damage model for all cars, supports two-player split screen mode for that 90s feeling and sports a classic arcade mode.

Moreover, Crumple Zone comes with a cheesy story mode in which single-player championships are connected by a backstory. Players will get introduced to the lore, meet their lunatic opponents in visual-novel-like cutscenes and destroy them on the track.

This is basically what most arcade racing fans have been asking for these past few years, so we strongly suggest getting it from Steam if you are fans of this specific genre.