Creative Assembly has confirmed today that it is developing the next part in the Total War: Rome series, Total War: Rome II. According to its press release, the game will be published by SEGA and will take players into the dangerous political machinations of Rome’s senate, while asking them to struggle with family dilemmas and question the loyalty of ‘friends’ and allies.

“Our games have always encompassed a grand vision. But we’re now pushing that vision at both ends of the spectrum. From the immense reach of the sandbox campaign right down to the human-level drama of a single warrior on the battlefield, we’re aiming for an unprecedented level of detail and scale.”

“In our 25th year of games development, it feels fitting to return to our most critically acclaimed era. There’s been a multi-generational leap in technology since the original game and we are ready to set another benchmark in gaming.”

Total War: Rome II will be released exclusively for the PC in 2013. Enjoy its first screenshots below! 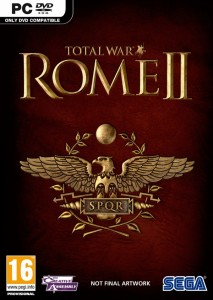