“Dogfight 1942 is the most accessible air combat game ever to be released on these platforms. The game controls are incredibly intuitive, reducing the need for lengthy tutorials and making it fun for any type of gamer and at the same time remaining challenging enough for harder-core flight game fans.”

Previously announced as Combat Wings, Dogfight 1942 has been re-envisioned and recreated to feature more than 20 types of aircraft –from the fabled P-38 Lightning and Britain’s Spitfire to the feared Messerschmitt 109 and Japanese Kate — players are challenged with the same missions as real WWII pilots, ranging from bombing runs and dog fights to manning defensive positions such as a gunner on a bomber or anti-aircraft site.

“What’s really unique about Dogfight 1942 is the fact that the game will be digitally distributed and therefore available at a price level that is typical for digital games but with production values of a full price retail release.”

A demo of Dogfight 1942 will be released prior to launch. 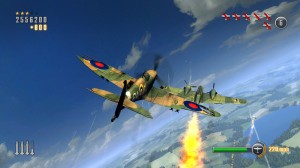 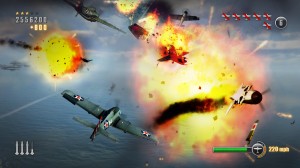