Stainless Games has revealed – in a long, long post on the game’s blog – that Carmageddon: Reincarnation will be support mega-texturing, the technology that was behind Carmack’s FPS, RAGE. In addition, the engine powering this new Carmageddon game is written from the ground up, will support deferred lighting, and you can view some early – very early – in-game shots from the game below. Carmageddon: Reincarnation is expected to hit PC in 2013, though Stainless has not given any ETA as of yet.

Back in May, Carmageddon’s Reincarnation Kickstarter managed to hit its $400K goal, and that extra cash was enough for Stainless Games to fund their game.

In June, the company revealed a teaser trailer for it (that can be viewed below).

And even though we don’t know much about the game, we do know that it will support LAN, cops will be present, and that drivers can be ejected from cars.

Enjoy and kudos to NeoGAF for spotting it! 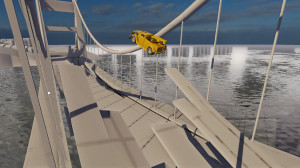 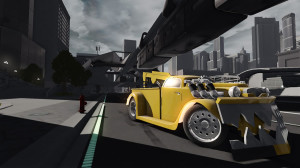