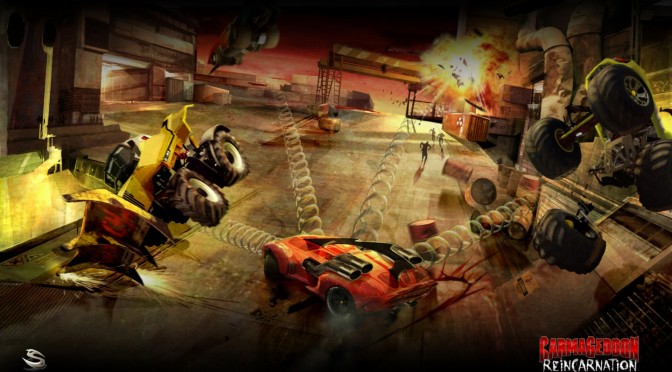 Stainless has announced that Carmageddon: Reincarnation is now available – in advance of its scheduled Early Access launch date – as part of the “Rewards” package for Backers who part funded the game’s development on Kickstarter.

As the team noted, the game will be available exclusively for “VIP Backers” (who funded the game at the qualifying tier) for two weeks before the full Early Access launch on 27th March.

Stainless ran a successful campaign on Kickstarter (the popular crowd-funding service) in 2012, raising over $600k of funding.

“With the game at a point where we know that playing it is already great fun, it feels like the right point to get it out there. Launching the game now means that we can get invaluable feedback from the community playing the game, which will help us to make the finished game the best it can be.”