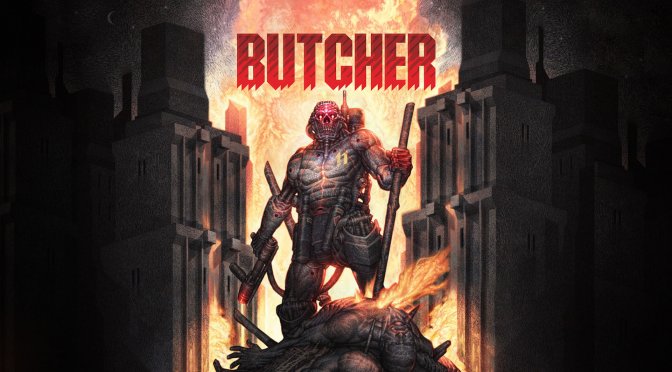 GOG is giving away for free the platformer title Butcher. The game will remain free of charge for a couple of days. Butcher has received very positive ratings on both GOG and Steam. You can grab the game from here.

Butcher is an action 2D shooter inspired by the early 90s, and from games such as Doom and Quake. This is a very hard, ultra-violent platformer that will test you limits.

You play as a cyborg with the sole purpose to eradicate the last remains of humanity. You are basically a terminator, and you must destroy everything and everyone in your path.

The game features permanent blood decals, that goes up to four million pixels per level. There is also an array of weapons for you to choose, such as chainsaw, railgun, and grenade launcher. Lastly, the game features more than twenty levels, that you can decorate with the guts of your enemies.