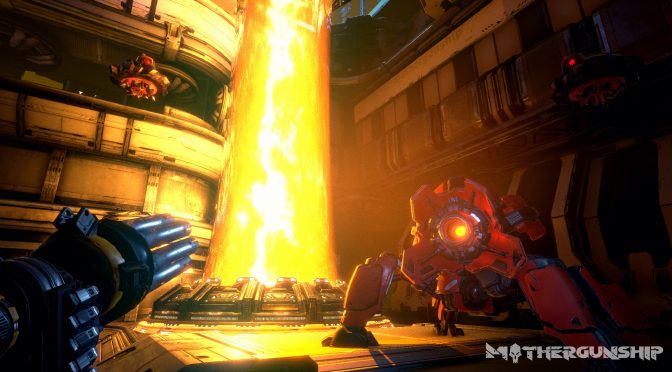 Grip Digital and Terrible Posture Games have announced that FPS bullet-hell MOTHERGUNSHIP is releasing digitally on July 17th. MOTHERGUNSHIP is a bullet-hell FPS where you craft your own guns, fight gigantic bosses, play together with your friends and defeat a robotic alien armada that conquered Earth.

In MOTHERGUNSHIP, players will take the fight to the enemy, craft gun monstrosities that no reasonable person could ever lift, and experience randomized mayhem as they battle their way to the heart of the fleet to destroy the MOTHERGUNSHIP.

Players will face off against overwhelming odds in brutal, non-stop combat where thinking on their feet is the only way to survive. They will dodge hundreds of bullets with unique FPS/Bullet-hell hybrid gameplay and each ship promises to host hordes of alien machines, deadly traps, and intimidating bosses, all set on preventing them from saving humanity.