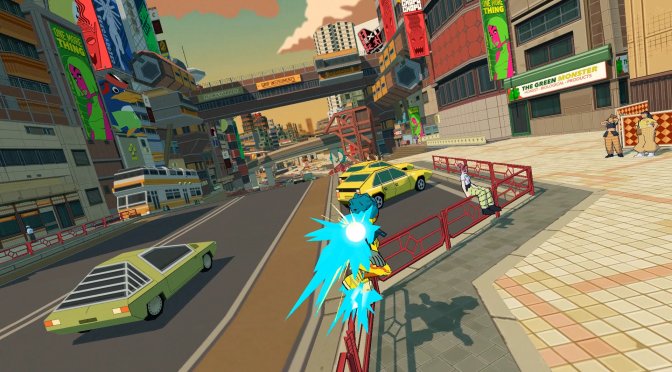 Team Reptile has announced a new game that is heavily inspired by SEGA’s Jet Set Radio, Bomb Rush Cyberfunk. In this game, players will start their own cypher and dance, paint, trick, face off with the cops and stake their claim to the extrusions and cavities of a sprawling metropolis in an alternate future.

Bomb Rush Cyberfunk promises to feature a unique trick system with grinding, sliding, wallrunning and tricking in the air as well as on the ground. It will also have new music from composer Hideki Naganuma.

Additionally, players can choose a character from their crew and freely explore its three-dimensional streets.

In the game, every neighbourhood has many spots to find where you can paint graffiti. Once players get enough REP you can challenge the local crew for the territory.

Bomb Rush Cyberfunk targets a 2022 release date, and will be a single-player only experience.