Bohemia Interactive has renamed the main island of its upcoming mil-sim game, Arma 3. The new name, ‘Altis’, reflects the distinctive Mediterranean identity of its environment, but distinguishes it from the real-world Greek island of Lemnos, which has served as the main source of inspiration.

The decision follows an incident involving the arrest of two Bohemia Interactive employees, who were spending their holidays on Lemnos. Both were detained for 129 days on suspicion of espionage. They were recently released on bail.

Arma 3’s main island (approx. 350 km²) is inspired by the beautiful environment of the Greek island, Lemnos (approx. 475 km²), artistically re-created based on commercially and publicly available data. It was originally chosen to be the centre-piece of the game after Bohemia Interactive’s CEO, Marek Spanel, visited the island on vacation several years ago and shared his impressions with the Arma 3 development team.

However, in view of recent events, the team no longer feels passionate about using the previous name, ‘Limnos’, and hopes that the new identity, ‘Altis’, will help emphasize the fictional nature of the game. A secondary, significantly smaller island in Arma 3, ‘Stratis’ (approx. 20 km²), will keep its name.

“As part of the creative process, our virtual environments are often rooted in real-life locations and, during development, they evolve and grow along with our design. The resulting fictional environment is often close to its inspiration, but it’s never exactly the same – nor would we want it to be. For us, ‘Altis’ echoes the Mediterranean heart of our island, but differentiates it from any undesired real-life connotations.”

Starting with the successful Arma: Cold War Assault (originally titled Operation Flashpoint: Cold War Crisis) in 2001, Arma 3 is the latest installment in the award-winning tactical military shooter series by Bohemia Interactive. This PC-exclusive video game, which is set in 2035, provides an authentic combat experience in a massive military sandbox. Running on a brand new version of the Real Virtuality engine, Arma 3 features a wide variety of single- and multiplayer gameplay – supported by limitless opportunities for content creation.

ArmA 3 is planned for a 2013 release, exclusively on the PC! 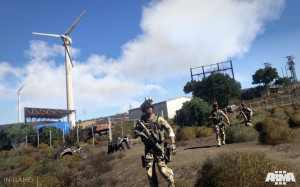 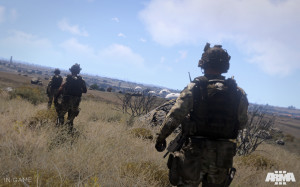