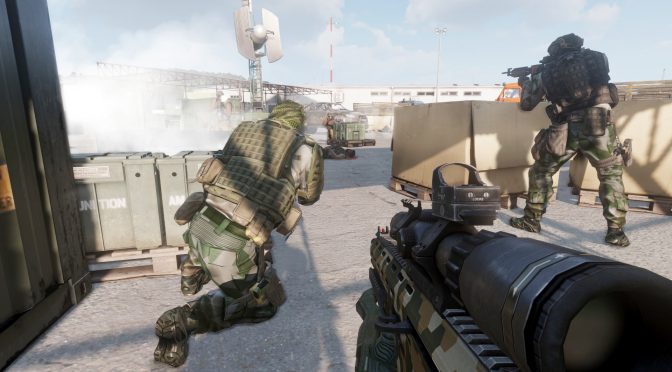 Bohemia Interactive has released its free 5-vs-5 tactical first-person shooter Argo. In order to celebrate this announcement, Bohemia has also released the game’s launch trailer that can be viewed below. Argo deploys players to a re-imagination of Malden – the iconic island terrain from the first Arma game (originally titled Operation Flashpoint: Cold War Crisis), which was released today sixteen years ago on June 22nd 2001.

The new Malden (also referred to as ‘Malden 2035’) spans 62 km2 of landmass, and with many of its unique locations having been designed to support Argo’s infantry focus, the new terrain is specifically suited for close-quarters combat. Malden 2035 features 15 towns and villages, and many other special points of interest such as an airfield, bunkers, a radio station, a goat farm, a fjord and rock formations, orchards and vineyards, a desert area, and more. In comparison to the original Malden, the number and names of the towns and villages, and all locations of hills, crossroads, gas stations, have remained the same. For those who do not remember or did not experience Arma’s first deployment to the island, Bohemia Interactive posted a new video in which someone people might know from the Cold War Crisis campaign, U.S. Special Forces veteran James Gastovski, shares his memories of his deployment to Malden back in 1985.

Argo is described as an Arma-based hardcore tactical multiplayer first-person shooter, in which players fight as mercenaries over the remnants of a crashed space station. The game features three competitive 5-vs-5 game modes (Clash, Link, and Raid), and based on their performance, players earn experience points, which can be used to unlock new weapons, weapon attachments, and gear. The game also features a 10-player cooperative game mode (Combat Patrol), where players need to team up to fight against AI in an open-world setting.

As a bonus, Argo includes a 3D Scenario Editor. Here players can set up their own military operations and alter or create game modes. Argo is available completely for free on Steam and will not require any form of payment to play the game.