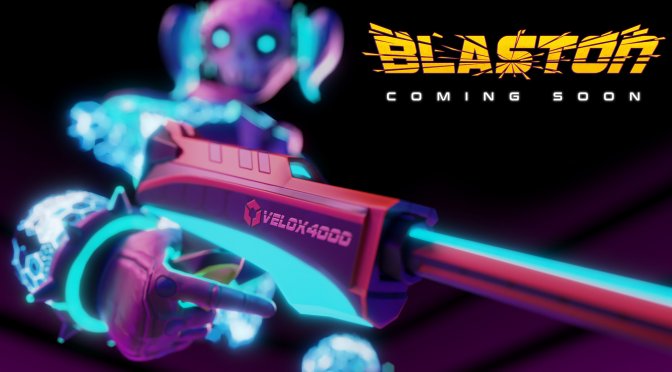 Resolution Games, creator of Angry Birds VR: Isle of Pigs, Bait!, and Acron: Attack of the Squirrels!, has today revealed the first details of its twelfth title in just five years. The game, Blaston, pits players against each other in intense player vs. player (PvP) duels.

According to the press release, the game will challenge players to stay in constant motion. Players will also be able to blast their opponents with incredible precision using an assortment of high-tech, futuristic weaponry.

“We really couldn’t be more excited about Blaston. It’s definitely a departure from the cooperative game play that Resolution Games has become known for and will introduce a whole new genre and audience of players to the studio.”

Best known for its library of family-friendly VR experiences, Blaston is the first release from Resolution Games that takes aim at the growing audience of fiercely competitive gamers that thrive on the intense thrill of multiplayer combat.

“We’ve been playing Blaston behind-the-scenes for quite some time, and Tommy still hasn’t managed to beat me. It’s been a lot of fun. The offices have been filled with shouts of excitement during matches. There’s a real adrenaline rush that comes from the physical intensity!”

Lastly, Resolution Games released a teaser trailer for Blaston that you can find below!