Bethesda has just announced that it will release a new official HD Texture Pack for the PC version of Fallout 4. In order to prepare PC gamers for this upcoming pack, Bethesda revealed the system requirements for it. And it appears that the big publisher has leaked the name and the amount of VRAM that AMD’s upcoming Vega10 GPU will feature.

First things first. According to Bethesda, these are the official requirements for Fallout 4’s upcoming High-Resolution Texture Pack.

What’s really interesting here is that NVIDIA’s GTX980Ti is not listed in there. The GTX980Ti is packed with 6GB of VRAM and from the looks of it, it won’t be able to offer an optimal experience with this high-resolution texture pack.

Moreover, and as we’ve already said, Bethesda revealed the name and the amount of VRAM that AMD’s upcoming GPU will feature. AMD’s Vega 10 GPU will be called AMD Radeon RX 490 and will come with 8GB of VRAM.

This High-Resolution Texture Pack for Fallout 4 will be made available next week!

Bethesda was quick to react and removed the AMD Radeon RX490 from the specs, however you can find below an image we captured prior to that edit. 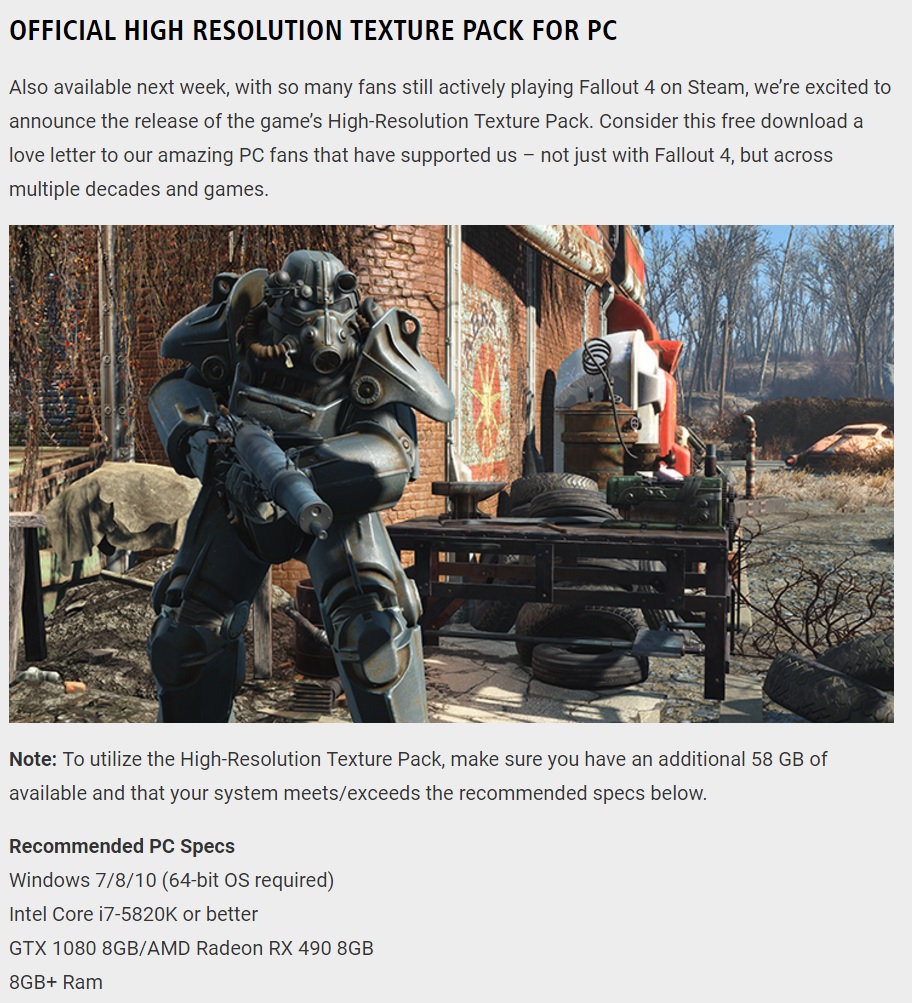