Stunlock Studios revealed today the first concept artwork showcasing the island map for Battlerite Royale, their anticipated game mode coming to Steam in July 2018. Talon Island, as the map is named, is 30 times larger than a standard arena mode map and is divided into several different areas like the town of Anvilfall, the Glimmering Woods, the Starlight Oasis, and the Ancient Tomb. 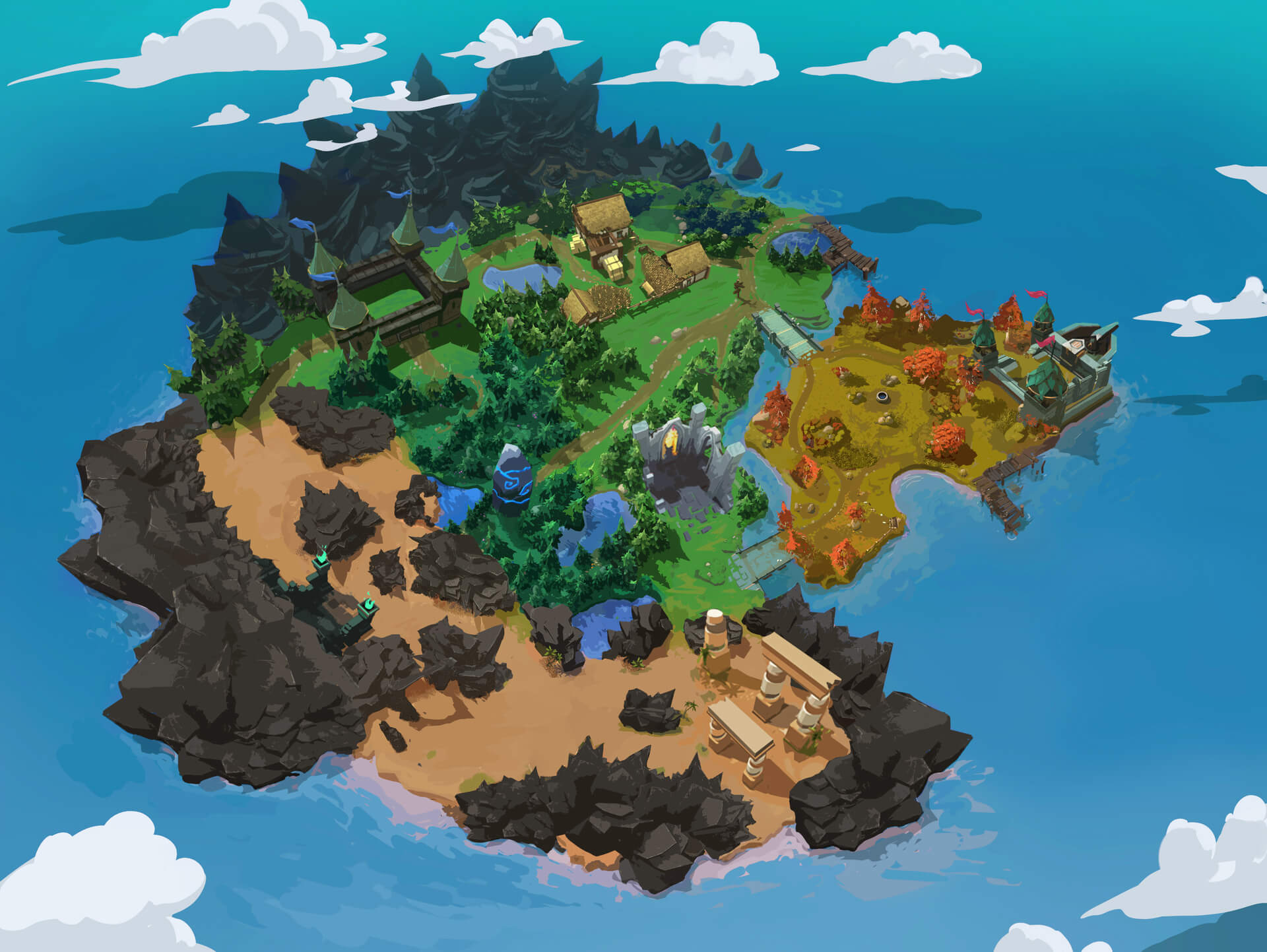 Heavily entwined in the lore of Battlerite, Talon Island is located in the Great River Valley of Daharin, the home of Ulric “The Unwavering Light”. Stunlock Studios has partnered with the talented lore writer Christopher Harrow to flesh out the game universe and plan to reveal more details on the Battlerite world further down the line.

The studio is working on varied and colourful landscapes in order to create a feeling of adventure and exploration to balance out the very battle-oriented gameplay. Players can expect to come across island locations such as ancient tombs, wastelands, abandoned castles, and much more.

As the press release reads, Battlerite has now more than 4 million unique players.

“Since the launch of Battlerite, more than 4 million unique players have tried their luck in the arena, shooting Battlerite up to the top of the ‘top selling’ free-to-play games on Steam on several occasions. Each week players get access to six unique champions on free rotation, and every character can be permanently unlocked with in-game currency or in-app purchases.”