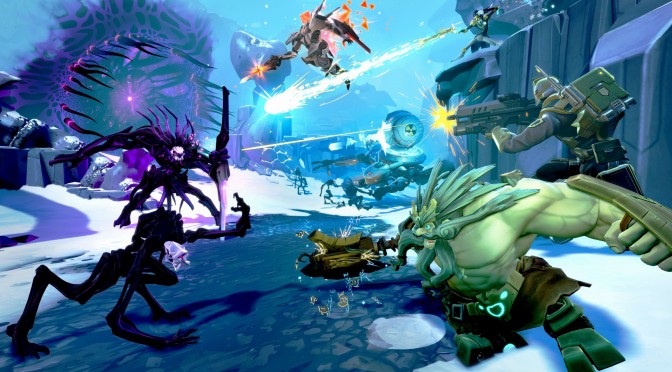 2K Games and Gearbox have released a free trial for Battleborn. This free trial grants unlimited access to all competitive multiplayer gameplay modes and maps, without any time limits or level caps. In addition, there is a weekly rotation of six heroes from the roster of 30 total heroes.

Progress with each hero and player account progression is also permanent, so when the same character comes back around players can pick them up where they left off.

With the launch of the Free Trial, Gearbox has introduced a queue specifically for new players. This queue was created just for new and lower rank players to learn the ropes without being matched with more experienced players.

Once a player masters Battleborn’s mechanics and reaches Command Rank 20, the Novice Queue will disappear and they be able to join other Battleborn players in the regular queues.