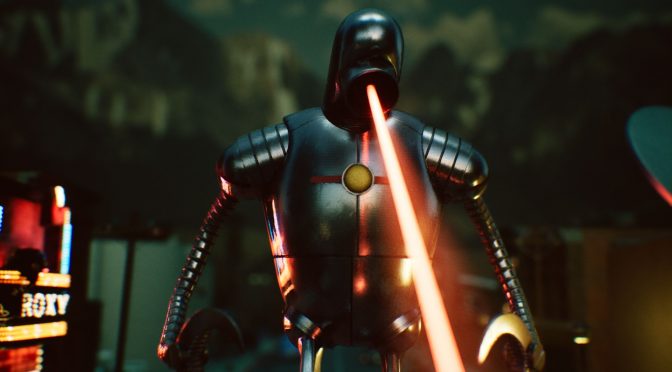 For the setting The_Distiller chose a miniature film set, built by an amateur filmmaker in the 70’s, shooting a scene for a vintage sci-fi movie in the vein of “War of the Worlds” and alike.

As said, this is a playable tech demo, meaning that players can assume the role of a Martian robot in order to wreak as much havoc as they can. Players can level an entire main street of a rural town in America and “make their fellow Martians proud.”

Since there aren’t a lot of Ray Tracing tech demos out there, we are pretty sure that owners of the RTX series will appreciate this particular fan tech demo. It’s also really cute, so that’s another positive thing about it.