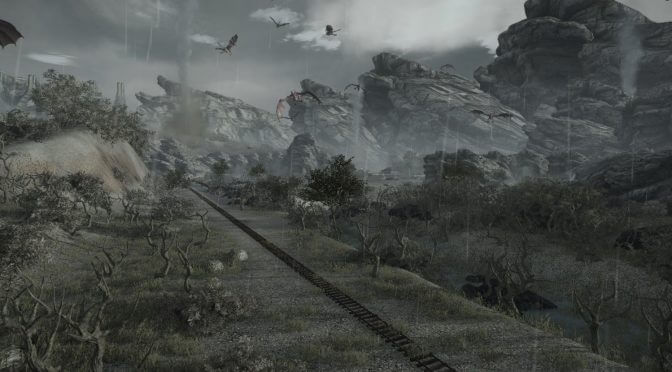 NervenHölle-Team has released a new version of its total conversion mod for the first Crysis game, At the end of the Earth. What’s really cool here is that this total conversion is standalone, meaning that you don’t need to own a copy of Crysis in order to play it.

Your squad decided to stop here and deploy the military equipment to investigate this place, when the portal to another world opened out of nowhere, materializing the life forms of unknown origin. They turn out to be hostile and as a result you lose your squad due to unexpected attack.

Military forces had obtained the permission to use a nuclear weapon in this area in attempt to take the situation under control. The time is running out and you have to make your way to the evacuation point before the rescue aircraft will make one final pass and leave this place.”

Here are the key features of At the end of the Earth Version 1.4.

NervenHölle-Team also announced that the second part of this total conversion mod, At the end of the Earth Part 2, will be coming in Q4 2018/Q1 2019. In order to celebrate this announcement, the team has also released the first screenshots from Part 2 that you can find below.