Today Kunos Simulazioni released some ingame images for Assetto Corsa that show the current state of development of the KTM X-BOW R car. With a lateral acceleration of 1.5g and the ability to reach down force of around 200 kilograms at 200km/h the KTM X-BOW R is aimed at drivers looking for a purist driving experience, advanced technology and extraordinary solutions and as such is a perfect match to Assetto Corsa advanced simulation engine.

Assetto Corsa is the first video game that will use the new “AC Engine” developed by Kunos Simulazioni: the AC engine is a new software technology based on Microsoft DirectX11, designed on the basis of the know-how accumulated by the development team, that thanks to the recent experience with Ferrari, has worked as close as you can get with the highest profiles of motorsport and is now developing a software platform capable of meeting the needs of racing enthusiasts, videogame players, professional real and virtual racers.

Assetto Corsa is slated for a 2012 release on the PC! 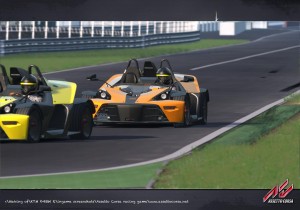 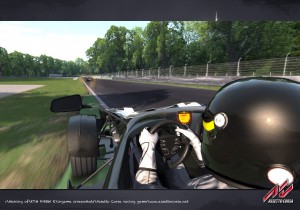 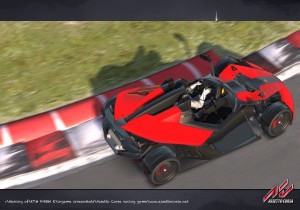 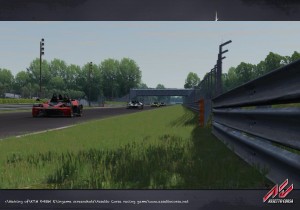 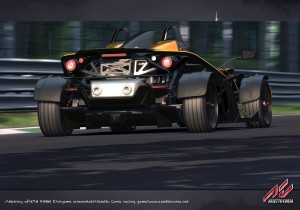 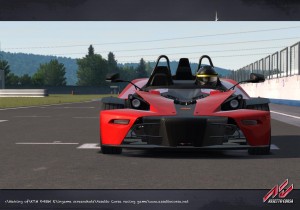 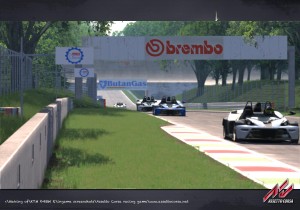 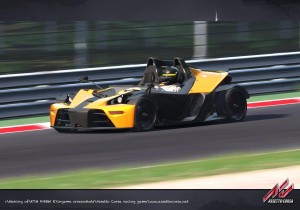 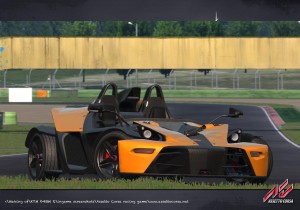 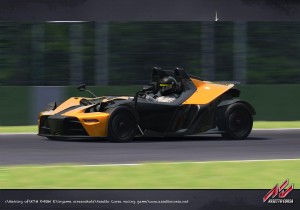 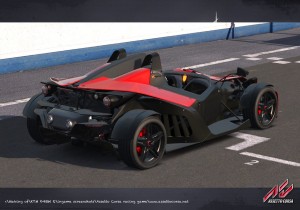 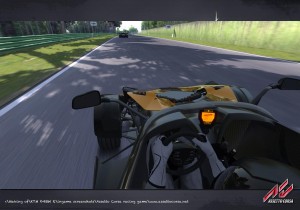 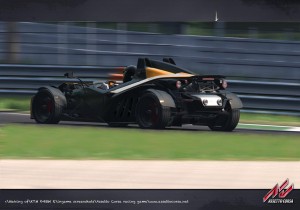 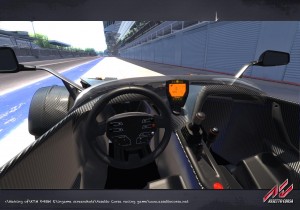 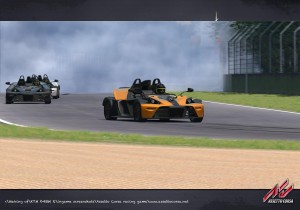 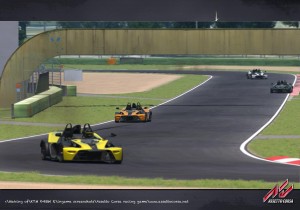