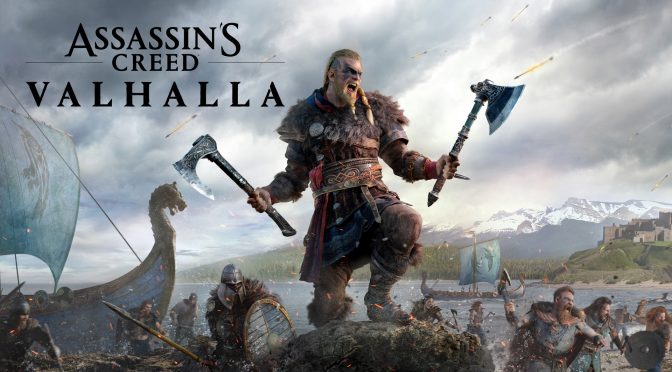 The creative director of the upcoming Assassin’s Creed Valhalla has recently given an interview to Kotaku. This is the twelfth big title in the series, and the third game since Assassin’s Creed adapted heavy RPG mechanics, like most of Ubisoft’s games.

According to Ashraf Ismail, the game will provide some of the feel of older titles in the series, like social stealth and the one-hit-kill hidden blade. Furthermore, the game is being built on top of previous Assassin’s Creed games, and pushed much further.

“In terms of NPCs, the big push we’re making right now is the settlement. And so the settlement is a place that, when you arrive in England, you’re settling your people and you’re trying to grow”.

The structure of the game will be different this time, because many of player quests will emerge from the home base. Ubisoft wants the player to start in the settlement and then go out exploring and adventuring. While in the settlement you can receive world information regarding things such as contracts, new opportunities or people that you’ve know in the past.

“The idea is we want you to start in the settlement and to go out into the world”.

Ismail also spoke about progression, and what that means for players. He said they have a new take on progressions in the game, and they trying to avoid any kind of progressions walls. Meaning they don’t want players grinding endlessly in order to be able to finish the game’s main story.

“So we’ve reflected a lot since Origins on progression and what that means for players, and we have a new take on progression in this game. We have more the concept of power, power that is gained through, let’s say, the player gaining skills”.

Lastly, Ismail added that they are not talking about monetization, yet. Meaning that the game could very easily feature micro-transactions, but hopefully it will not.

“Earn every single penny that you’re going to pay”.

If you want to find out more about the game, you can read the whole interview here.