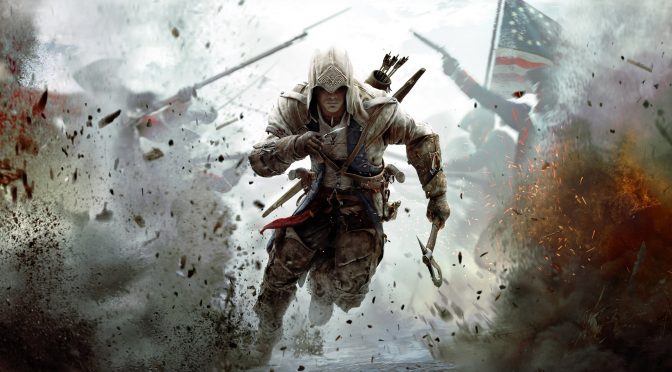 In order to celebrate its 30th anniversary, Ubisoft is offering PC gamers seven digital games (from June to December) free of charge. Last month, the French company offered Far Cry 3: Blood Dragon and today the big publisher made Assassin’s Creed 3 available to everyone.

This is the last free game from Ubisoft, and will be available until December 31st.

In Assassin’s Creed 3, players take the role of Connor; warrior son of a Native American mother and British father.  The game is set in 1775 during the American Revolutionary War. As the colonies draw closer to revolution, you will dedicate your life to the freedom of your clan –becoming the spark that ignites the revolution into full blaze.

As the game’s description reads, your crusade will take you through blood-soaked battlefields to crowded city streets, to perilous wilderness and beyond. You will not only witness history—you will make it.

Have fun (and as a bonus, here is its amazing ‘Americaaaaaaaaa F’ yeah’ fan trailer)!