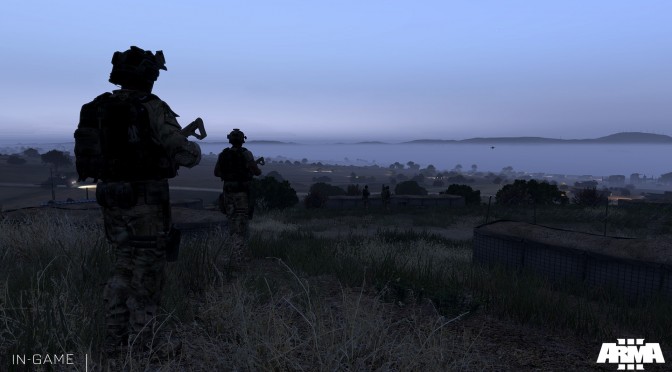 Bohemia Interactive today released the third and final episode for the Arma 3’s campaign. The episode, titled ‘Win’, brings a conclusion to the story of infantry man Ben Kerry – a soldier who finds himself caught in the middle of a Mediterranean flashpoint.

The first episode – Survive – introduces players to soldier Ben Kerry, who has been stationed in the Republic of Altis & Stratis as part of a NATO peacekeeping operation. After a staged drawdown from the region fails, players have to fight for survival against a better equipped and more powerful enemy.

The second episode – Adapt – picks up where the first episode ended, and follows Kerry as he links up with a group of guerrilla fighters, aiming to cripple AAF and CSAT forces.

The campaign’s final act – Win – continues as the situation escalates even further, and players must deploy all the skills and experience they’ve gathered to bring the flashpoint to a resolution.

Together with the latest campaign episode, Bohemia Interactive also deployed an expansion of Arma 3’s sandbox content. Two new aircraft, the A-164 Wipeout and To-199 Neophron, deliver a whole range of tactical options to the NATO and CSAT factions.

Moreover, the A-164 CAS jet, which is a successor to the legendary A-10, is also introduced via the brand new ‘Fixed-Wings’ showcase scenario. Another addition is the Tempest transport truck, which comes in multiple variants: cargo, refuel, medical, repair, and ammo re-supply.

Last but not least, new points of interest have been added to the massive 270 km² Altis terrain, with the most notable locations being the athletics stadium and ghost hotel compound.