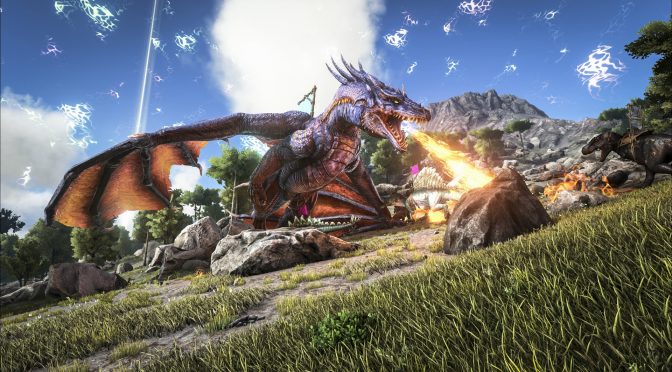 Studio Wildcard announced today that it will now offer full Steam Workshop support for the competitive dinosaur survival spin-off ARK: Survival of the Fittest including mods, maps, and total conversions across all PC/Mac/Linux/Steam OS platforms.

“We think that Steam Workshop support for Survival of the Fittest is a significant addition – it’s pretty much the most-requested feature for the game at the present time. We can now support unlimited modding with both games and modders have instant access to work with new content as it drops into either game.”

Originally designed as a mod for ARK: Survival Evolved, the competitive ARK: Survival of the Fittest is a multiplayer online survival arena game that pits as many as 72 combatants against one another in spontaneous Hunger Games-style competitions within a closed battlefield, where a continually shrinking “ring of death” will push survivors into an epic final showdown with only one “Tribe” making it out alive.