It appears that the first CPU benchmarks for AMD’s upcoming Ryzen CPU have surfaced. According to the results, AMD’s Ryzen will offer almost similar IPC (instructions per clock) with Intel’s i7 6900K.

Do note that these tests are from an Engineering sample that has lower clock speeds than AMD’s retail versions. The Engineering samplewas clocked at 3.15GHz, with a boost/turbo clock speed of 3.3GHz on all cores and a maximum turbo boost of 3.5GHz on a single CPU core.

The retail version of AMD’s Ryzen will be clocked at 3.4Ghz so we expect an additional 8% performance boost (assuming that the boost/turbo clocks get a similar increase).

Moreover, AMD’s Ryzen CPU consumed during these tests 93W under load, which is slightly lower than Intel’s i7 6900K and significantly lower than AMD’s FX 8370.

As we’ve already said, this sample was clocked at a lower speed, something that explains why Ryzen offers lower performance in games than Intel’s i5 CPU.

For what it’s worth, these early results showcase a CPU that will be able to compete Intel’s i7 6900K. These results fall in line with AMD’s comments about Ryzen. The big question now is how much will AMD’s Ryzen cost. AMD has not revealed its price yet and since it will be challenging Intel’s $1000 CPU, we kind of hope to see it priced at $500-$600. 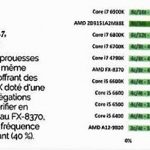 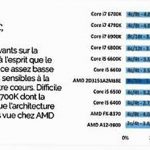 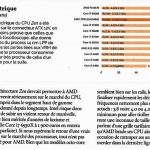