During GDC2017, AMD showcased a slide with the first official gaming benchmarks between its Ryzen 7 1700X CPU and Intel’s Core i7 6800K. While there is an embargo for these benchmarks (meaning that the websites that have signed an NDA cannot share it until tomorrow), this slide found its way to the Internet.

As always, these are official benchmarks and may – or may not – favour AMD. For what it’s worth, the embargo for third-party benchmarks will be lifted later today. 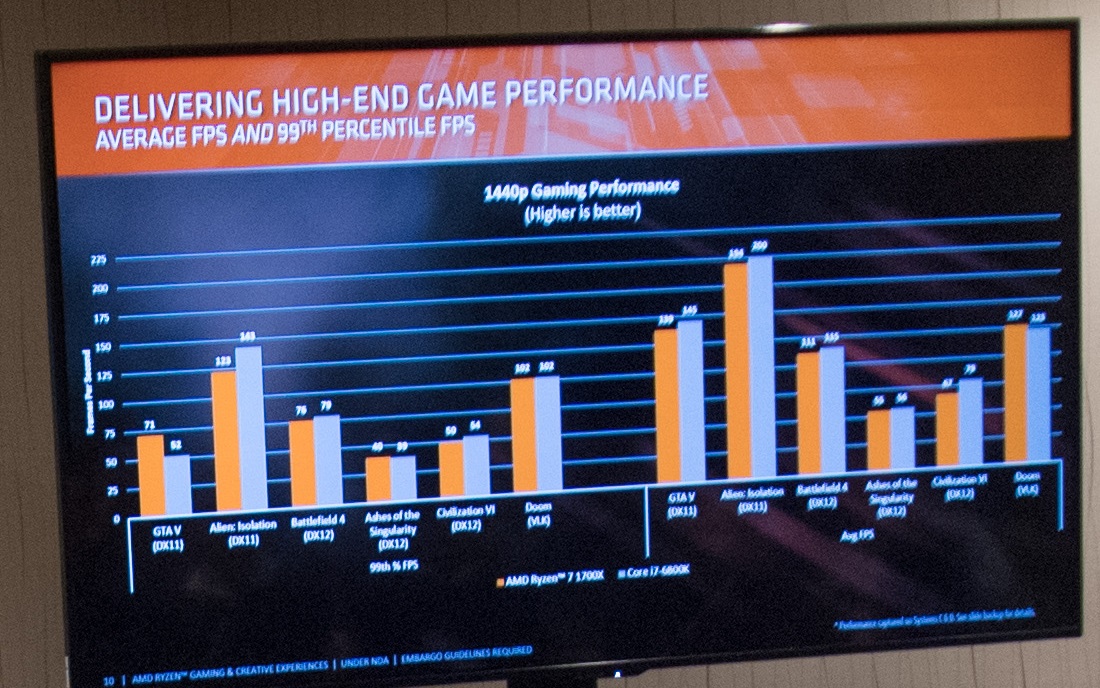 From the looks of it, and despite the leaked benchmarks that we shared on Monday, the AMD Ryzen 7 1700X comes close but does not surpass Intel’s Core i7 6800K.