AMD’s next-generation Ryzen 5000 APUs codenamed as ‘Cezanne’ were spotted before with proper device IDs for these chips. AMD Cezanne APUs will fall under the 1638 Device ID and several PCI IDs have already been spotted before by _Rogame, coming via Komachi.

Cezanne APUs will offer a brand new Zen core architecture along with faster Vega graphics and a recent leaked entry over at Sisoftware’s database seems to validate this information.

The current Renoir Ryzen 4000 APU family is based on the Zen 2 CPU and Vega GPU architecture. The CPU is fabbed on the 7nm process node. The Ryzen 5000 Cezanne APU lineup will be a direct successor to Renoir. These are rumored to be based on the ZEN 3 architecture, having faster VEGA GPU cores. These might target the high-end notebook (FP6), and mid-range desktop APU segment (AM4 socket).

The Cezanne family will be based on two segments, the high-performance Cezanne-H and the low-power Cezanne-U series. These processors will be based on the FP6/AM4 package, the BGA platform. The GPU powering the Cezanne APU is going to be an enhanced version of the existing Vega/GCN architecture silicon. The Cezanne APUs should be fabbed on the TSMC’s N7 process node, but we don’t know for sure. These are expected to hit the market by 2021.

The Sisoftware’s database entry was spotted by Rogame and the APU which appears to be a part of the ‘Celadon CZN Renoir’ platform has been tested in the benchmark suite. As evident from the entry, the GPU features 8 Compute Units which is based on an enhanced version of the Vega graphics architecture. Each compute unit houses 64 stream processors, so that makes a total of 512 stream processors. Existing flagship Ryzen 4000 Renoir APUs also have the same core count. Cezanne’s clock speed on the other hand is 100 MHz higher than all notebook Ryzen 4000 series APUs.

The Vega GPU on the Cezanne APU features a clock speed of 1850 MHz which is 100 MHz higher than Renoir APUs. Cezanne APU should deliver roughly around 5% higher TFLOPs than the Ryzen 4000 Renoir APU, based on this new leaked entry, though the final clock speeds are going to vary.

According to Komachi, Cezanne APU is still going to be based on the GFX9 architecture. So we are once again going to see an enhanced version of Vega on the next-generation of APUs. As per speculation the upcoming Cezanne APUs will feature a brand new CPU core just like Renoir. These APUs will retain the AM4 socket till 2021, so we can expect AMD to upgrade to AM5 around 2022 timeframe.

These are APUs, and unlike normal desktop CPUs, these have integrated onboard Graphics (not comparing here with Intel’s iGPU though). Simply put, an APU is constituted of both the CPU and GPU cores on a single die. They often serve as an approachable entry-level graphics solution for budget gaming PCs and gaming laptops alike. Those gamers who don’t want a dedicated/discrete GPU can go for an APU setup for casual light Gaming.

Until now AMD has only released budget APUs, with the assumption that serious gamers and professionals will mostly go for a discrete graphics cards in their systems, which seems to be a reasonable assumption if you ask me. But with the new Renoir APU lineup things have been a bit different.

An APU can also be seen as a ‘backup’ option, just in case your GPU dies. Or, these could alternatively be used in NAS boxes, servers, media centers etc. Rumor has it that these new APUs will use the same Vega architecture as the Ryzen 4000 Mobile chips. This seems like a slight bummer since NAVI APU would have been an interesting option, in my opinion. The GE SKU APUs on the other hand might be an ideal option for compact gaming PCs which require high core counts along with low levels of power consumption/heat, at 35 Watts TDP. AMD can also target pre-built and OEM PCs, with the Vega integrated Graphics. 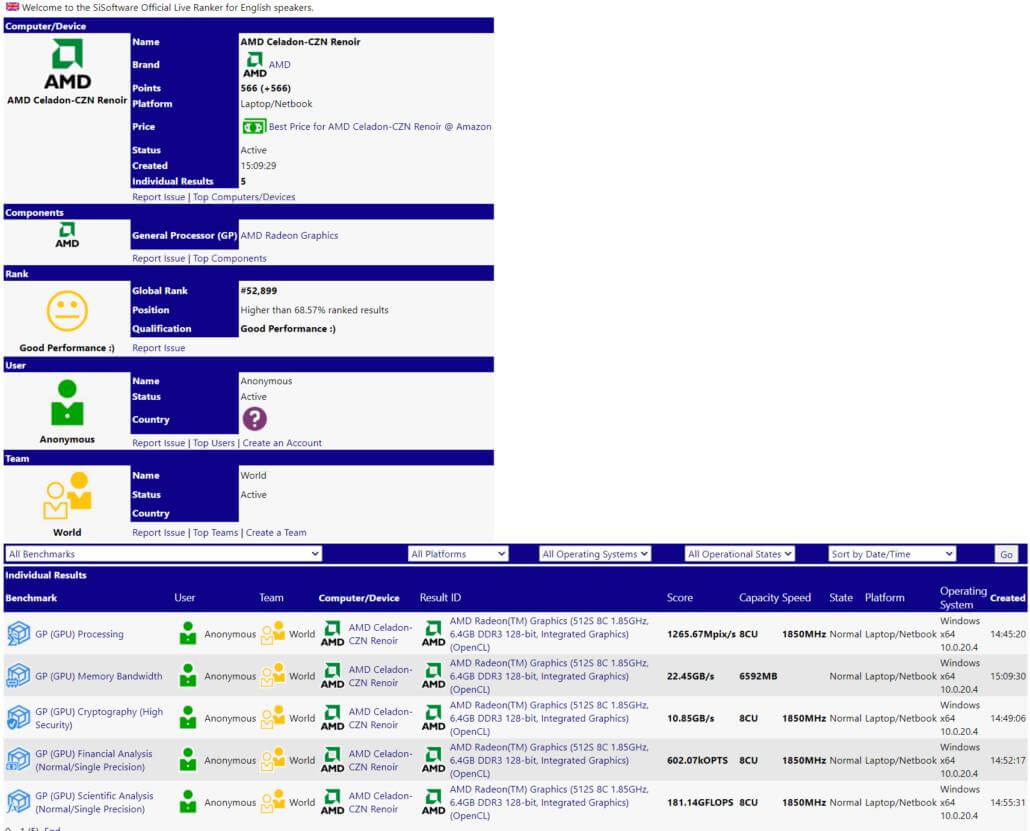