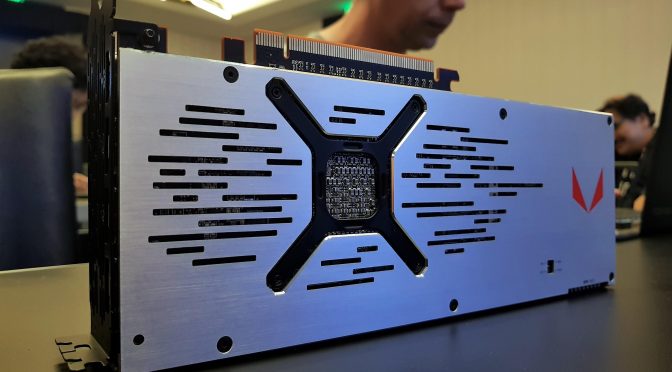 AMD has been hinting at their new upcoming graphics card on the market recently with the unveiling of it at this years SIGGRAPH, but now leaked benchmarks for the card have surfaced to the internet and the card seems to be absolutely crushing NVIDIA’s GTX 1070.

Anthony from Tweak Town has got inside news of the cards benchmark results and provided a clear layout to what the card can produce frame rate wise and on which settings. The games tested were Battlefield 1, DOOM, Civilization 6, Call of Duty: Infinite Warfare. The settings for DOOM were ultra 8x TSAA, Battlefield was run of preset Ultra settings, Civ 6 was run Ultra 4x MSAA and COD:IW was running on preset High.

The results were quite interesting as keep in mind  AMD is targeting the mid range market for this card pricing it only at $400.

The card is beating the GTX 1070 considerably with a lead of 20% in DOOM as well as massive 32% increase in speed in Battlefield 1. Hopefully in the coming days/months we can see some more benchmarks as to what AMD’s new $400 monster can pull off.