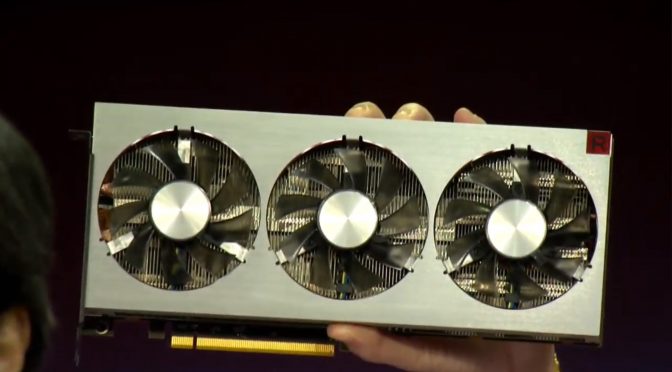 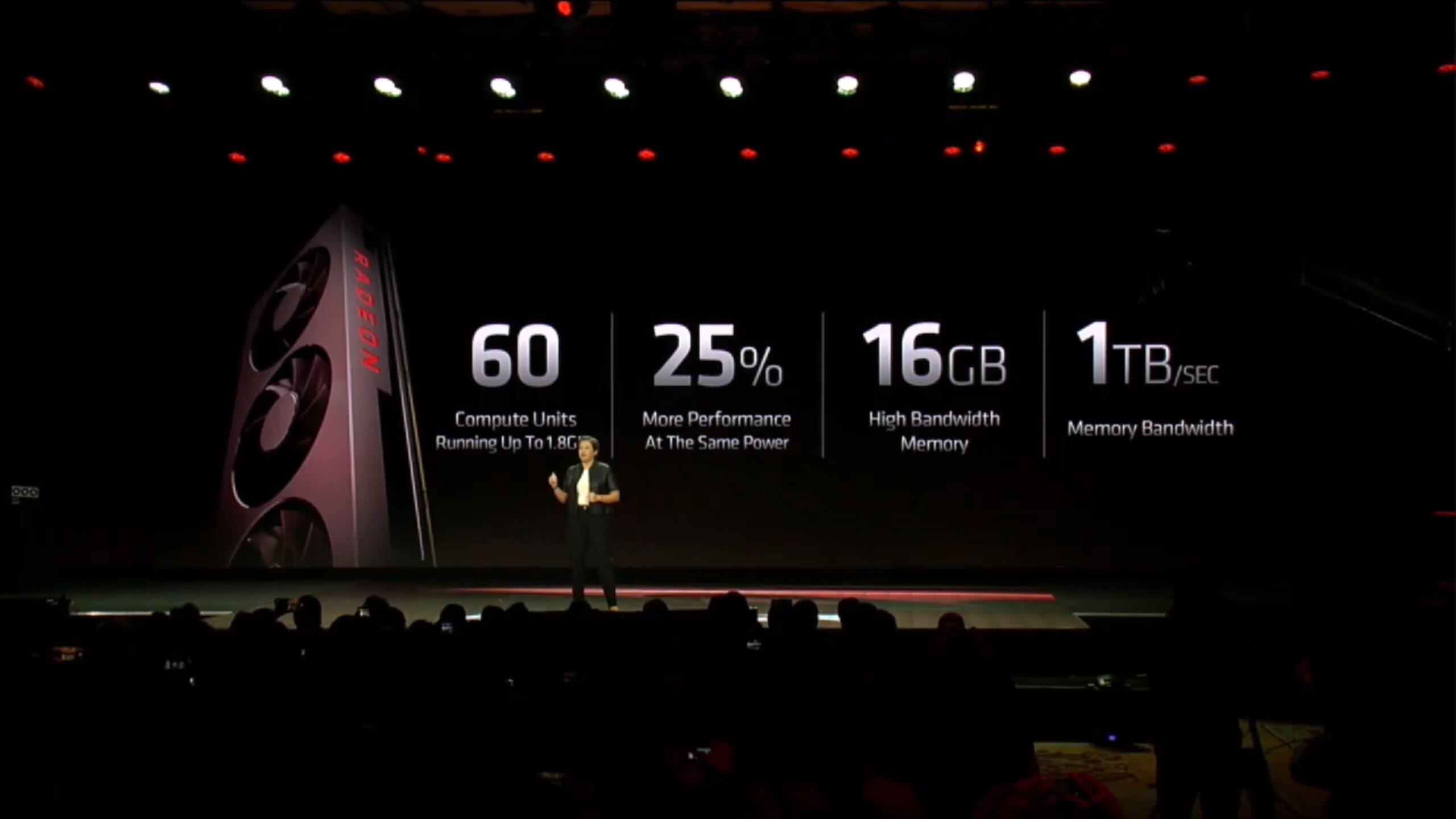 The AMD Radeon VII comes with 60 compute units running up to 1.8Ghz, will provide 25% more performance at the same power, and will offer 1TB/sec memory bandwidth. 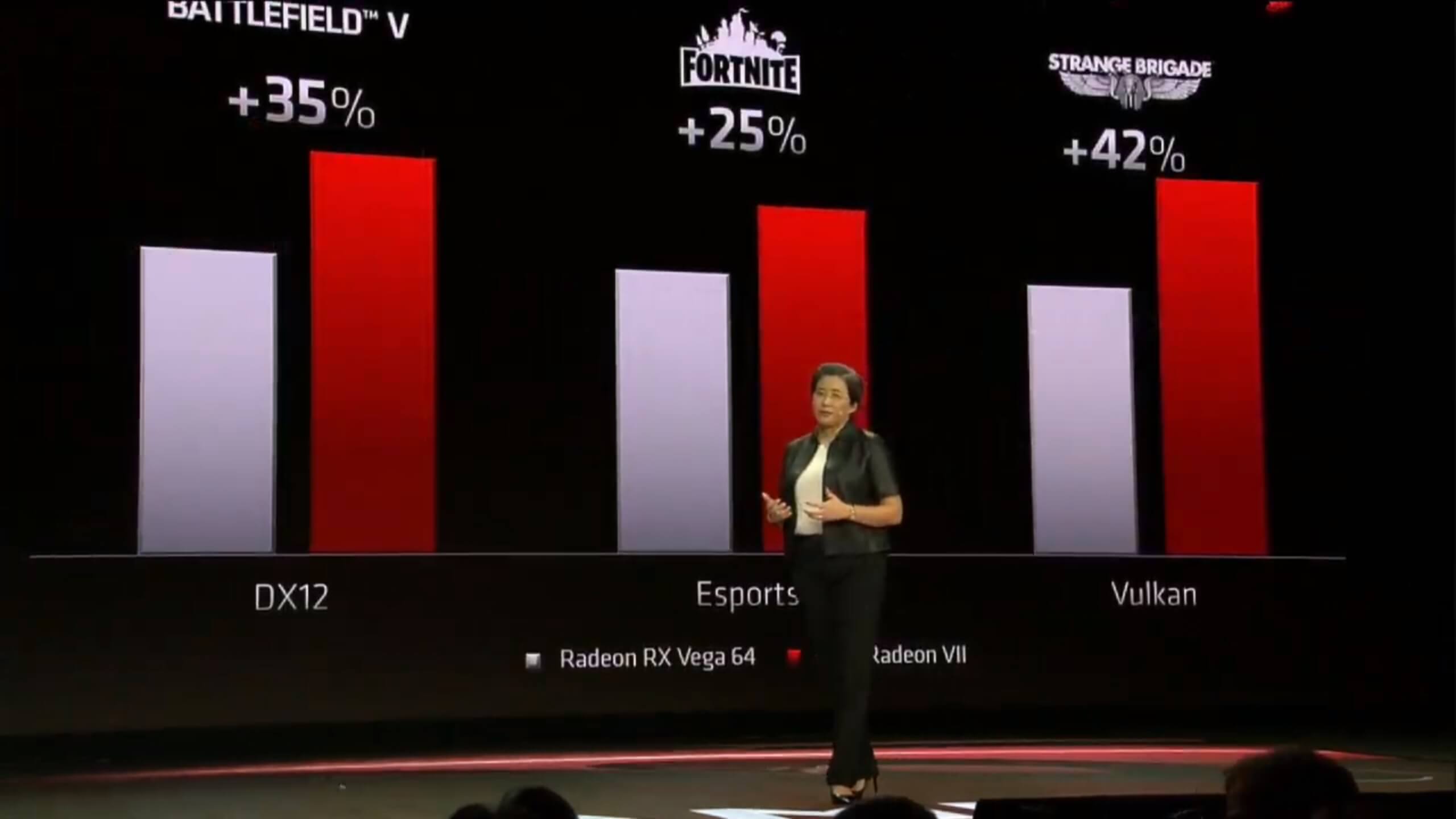 AMD has also revealed some initial benchmarks in which the AMD Radeon VII is 35% faster than Radeon RX Vega 64 in Battlefield 5, 25% faster in Fortnite and 42% faster in Strange Brigade.

The model that AMD showcased at CES 2019 featured three fans, was a dual-slot GPU, lacked any DVI output and appeared to feature DisplayPort and HDMI outputs.

The red team has announced that Radeon VII will be available on February 7th and will be priced at $699!