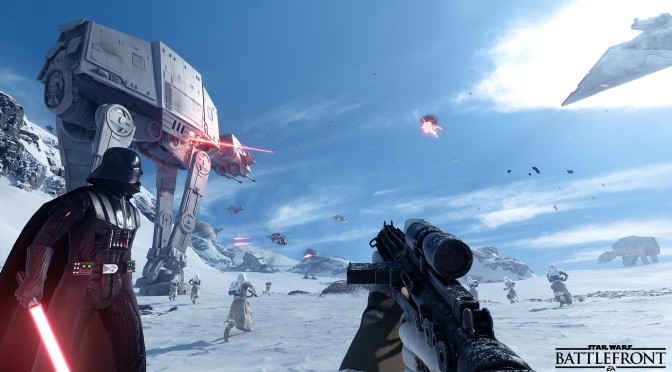 Now here is a nice surprise. AMD has released a new beta driver for its graphics cards that offers performance and quality optimization for both Star Wars: Battlefront’s Beta and Fable Legends’ DX12 Benchmark.

This obviously means that the Fable Legends: Benchmark will be released to the public really soon, so stay tuned for more.

And here is the changelog for the brand new AMD driver:

Resolved Issues:
-Diablo 3 crashes in the Act 2 Desolate Sands area of the game
-The AMD Catalyst Control Center ‘update’ option fails to download the latest driver
-Dragon Age: Inquisition may crash if launched in Mantle mode
-The DirectX® Diagnostic tool does not report DirectX® 12 available on supported products
-World of Warships may crash on some AMD Radeon HD5000 and HD6000 series products
-Assassin’s Creed® Unity may experience minor frame stutter when -AMD CrossFire™ mode is enabled
-Anti Aliasing settings not being retained after changes are applied
-Some BENQ 144hz Freesync™ monitors may lose the signal while uninstalling the driver
-DiRT Rally™ crashes during gameplay and benchmarking when launched in DirectX® 11 mode on some BENQ 144HZ Freesync monitors

Known Issues:
-GTA V crashes on some AMD Radeon R9 390X GPU’s
-Star Wars: Battlefront Bata ***8208; Flickering may be experience if AMD Crossfire is enabled
-Corruption may occur in DiRT Rally™ with CMAA enabled with Portrait SLS and AMD CrossFire™ mode enabled
-A black screen may be encountered on bootup on Windows 10 systems. The system will ultimately continue to the Windows login screen.
-Intermittent playback issues with Cyberlink PoweDVD when connecting to a 3D display with an HDMI cable
-A TDR error may be experienced while toggling between minimized and maximized mode while viewing 4K Youtube content
-Elite: Dangerous ***8208; poor performance may be experienced in SuperCruise mode
-Final Fantasy XIV ***8208; Heavensward may crash when run in DirectX 11® mode and borderless window mode
-Some applications may fail to launch on some Mobility platforms when launched in High Performance mode
-Windows 10 driver installation may halt on some systems with an AMD 990FX chipset and AMD CrossFire™ enabled
-Mad Max ***8208; Color corruption is observed when Alt+Ctrl+Del is pressed followed by the Escape key