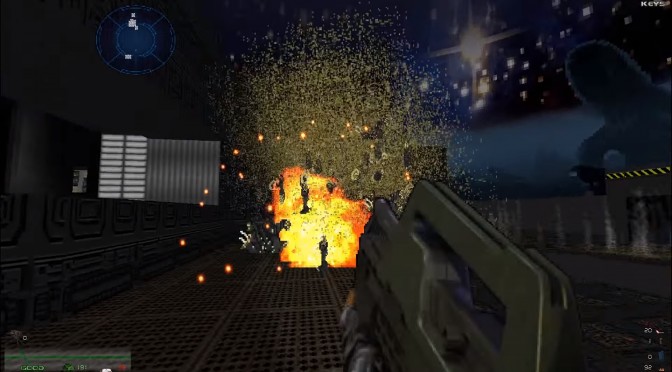 Aliens fans, here is a must-have mod for you. Payload4367 has released a new beta build of Aliens Eradication. Aliens Eradication is a total conversion mod of Doom 2 that is based on Alien Trilogy and looks retro-cool.

The final version of this mod aims to feature seven maps. Moreover, the modder may add multiplayer functionalities to it at a later date. For now, the modder focuses on a solid single-player experience.

While the game is pixelated as it uses assets from Alien Trilogy, it appears to be one of the best Aliens games. And yeah, it appears to have a better atmosphere and Aliens AI than Aliens: Colonial Marines.

You can download Aliens Eradication from here. Below you can also find a playthrough video of the first level.