Irritant_new has just announced that Alien Arena’s latest version, 7.52, will be released this month. Alien Arena is a standalone game based off of id Tech 2 source that combines a sci-fi atmosphere with the tournament style deathmatch of Q3A and UT2k4.  With major graphical enhancements such as GLSL per-pixel lighting, ragdoll physics, light blooms, real time lights and shadows, textured particles, shaders, and reflective water, Alien Arena brings the Quake II engine into modern gaming.

The game also includes mutators, adjustable effects, bot skill settings, and fully configurable deathmatch, team deathmatch, CTF, All Out Assault, Team Core Assault, Cattle Prod, and Deathball games. The game features original artwork, with a dark, sinister atmosphere combined with an off-the-wall campiness, and trippy, techno type music. There are currently over 60 maps, loaded with weapons(each having an alternate firing mode) and powerups. Alien Arena has fast, smooth gameplay, and players can play online against one another or against the bots.

Alien Arena v7.52 is slated for release within the month. 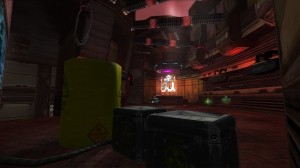 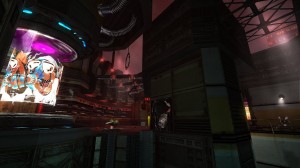 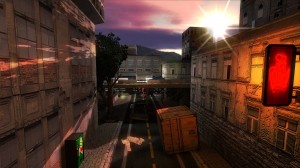 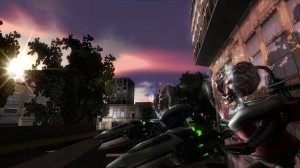